Hello dear reader, and welcome to the second installment of Dramaturgy Field Notes. If you’re new here, this series is a behind-the-scenes peek into the dramaturgical process with details about how The Joy that Carries You developed at Olney Theatre Center.

One of my favorite ways to describe dramaturgy to folks who are still learning about this artistic role is as follows: to be a dramaturg is to be the person uniquely dedicated to the clarity of the story.

Getting the privilege to work on a brand new play is like being invited into a sacred inner circle. Each play has its own world, carefully crafted by the playwright, and what “clarity” looks like for each story shifts from project to project. In the popular essay EF’s Visit to a Small Planet: Some Questions To Ask a Play, Dramaturg Elinor Fuchs explains it quite beautifully:

“A play is not a flat work of literature, not a description in poetry of another world, but is in itself another world passing before you in time and space. Language is only one part of this world. Those who think too exclusively in terms of language find it hard to read plays. When you “see” this other world, when you experience its space-time dynamics, its architectonics, then you can figure out the role of language in it.”

Fuchs teaches a method of visualizing the components of the world of a play, suggesting looking at the piece as its own planet. What are the rules of this particular world? How does time function? What are the social conditions? What is the mood of the planet? And so on.

New plays have a delicate landscape to explore. As you tiptoe around the bits of terrain in this new world, you may see the remnants of earlier drafts as ideas develop. Perhaps a line still references a character’s old sentiments before the story went in a different direction. Or you may be venturing into the testing ground of a brand new scene, with material that is fresh and full of new ideas. As Fuchs also goes on to say, one should not “permit [themselves] to construct a pattern that omits ‘singularities,’ puzzling events, objects, figures, or scenes that ‘do not fit.’ Remember, there is nothing in the world of a play by accident. The puzzles may hold the key.” Though it may be helpful to mark the parts of the script that stick out to you as puzzling, resist the urge to redline them. They may hold the most important part of the story.

All of this work is done in service of the playwrights, who have entrusted those involved in the process with a piece of their creative souls. From the perspective of writers Dani Stoller and Awa Sal Secka, The Joy that Carries You had gone through several workshops prior to starting rehearsals at Olney. Many of those workshops were courtesy of the Vanguard Arts Fund, a developmental process to fund interdisciplinary work at Olney Theatre. The Joy that Carries You script had already undergone many changes to the text from draft one. Characters were removed, major plot points rethought, and new scenes added—all with the goal of defining the story that was most important to them to tell.

Though the script had already undergone many changes, the chance to stage a piece for the first time inevitably brings about changes. Most processes, new play or otherwise, involve some degree of table work. Sitting around a large table, the actors, director, dramaturg, and stage managers read the play aloud and have time to discuss the themes and ask questions about the material. This can take anywhere from a few hours to several days, depending on the project! For a play being staged for the first time, table work is vital to track character development from start to finish, and identify places in the script that need to be clarified or adjusted.

Table work is the time for ideas. As the play is being discussed, someone may share an interesting anecdote from their personal life that relates to their interpretation of the story. In the best case scenario, that offering leads to other ideas being shared, perhaps a time to discuss an important theme that is supported with resources in the dramaturgy packet. All of this is precious material for the playwrights, whose own minds are being sparked with this new knowledge of what is speaking to the artists in the room.

As inspiration struck, Dani and Awa often wrote long into the night after rehearsals concluded and would come back the next day with new scenes, dialogue to remove, and new ideas to try. Leaning on the valuable input from co-directors Kevin McAllister and Jason Loewith and the talented actors, rehearsal became a testing ground for new material that would ultimately make the story onstage that much stronger.

As wonderful as it is to see the heralded classics of American Theater—pieces like The Music Man, up next on our Main Stage—the joy of a new play is that it can speak to the moment we currently live in. When you see The Joy That Carries You, you will be visiting a new planet, and you’ll be the first invited guests!

This brand new play is ready to be shared and we hope to see you there. 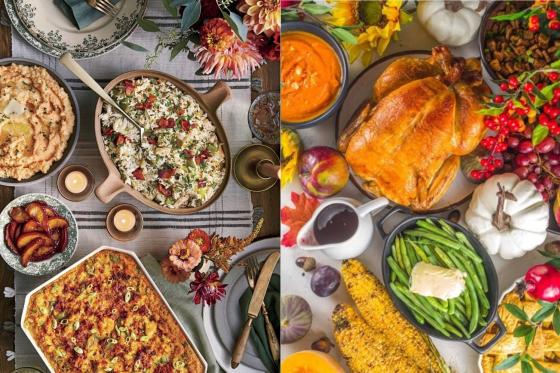 The Stories We Tell Through Our Food

One of my favorite “get to know you” questions to ask someone is what dish... 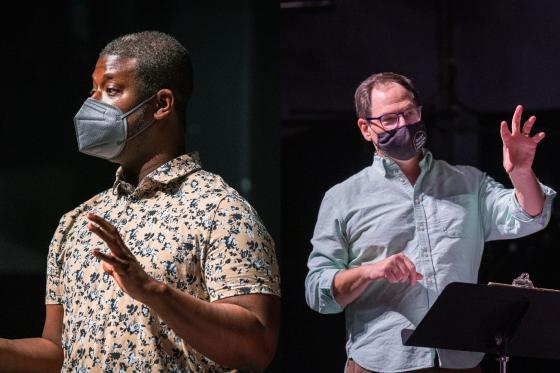 An Interview with the Directors of The Joy that Carries You