The Joy That Carries You

This World Premiere play about an interracial couple in crisis by local playwrights Awa Sal Secka and Dani Stoller (Signature's Easy Women Smoking Loose Cigarettes) melds sharp comic dialogue and moving spoken-word poetry on a journey about love and family, privilege and responsibility. Joy introduces us to Shiri and Alaia, navigating their first year together as a couple. Over the course of a few days, their relationship is tested by events that underline the radically different ways each of them, one African-American, one Ashkenazi Jewish, experiences the world. Strikingly personal in its intimacies, this World Premiere is a timely, poetic reckoning with joy and pain woven through deepest love.

If this were a film it would be rated R

Video: Spoken Word in The Joy That Carries You

For The Joy That Carries You, the Mulitz-Gudelsky Theatre Lab is using an "Alley Style" configuration where the audience is on two sides of a playing area running down the middle. Both sides are "good seats" and the action plays to both sides of the house. Seats with numbers in the 100s are on one side, and seats with numbers in the 200s are on the other. Seats in Row A for both sides are on the floor of the theatre. All other rows are on risers which require going up a few stairs. 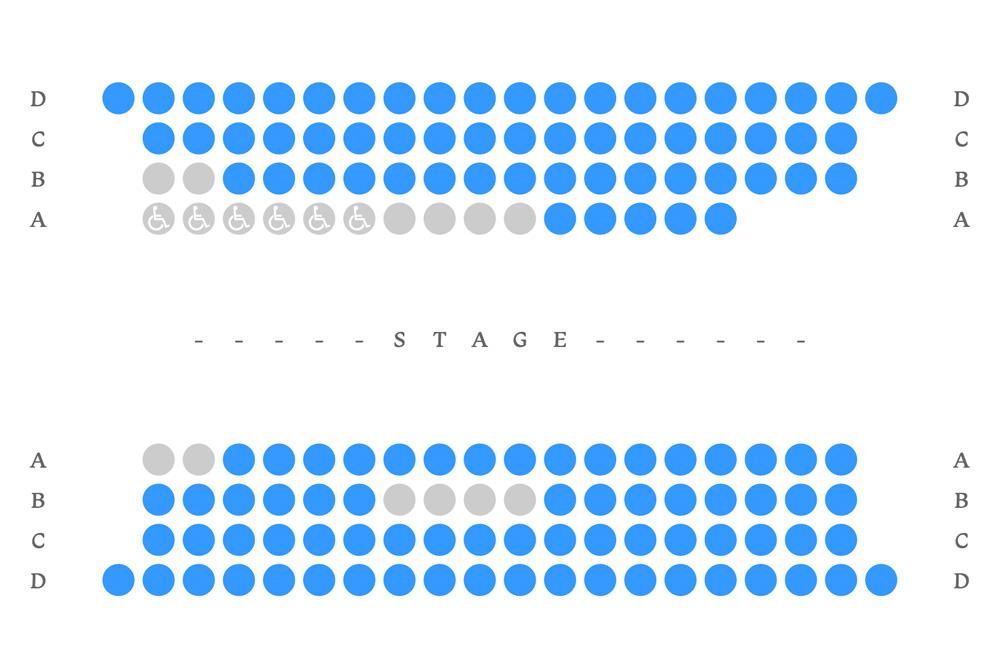 We ask that if you are experiencing symptoms, please stay home. Use this CDC symptom checklist to see if you need to quarantine or get tested.

Masks and proof of COVID vaccination are required to attend for all patrons. Exemptions may be made for those who are not vaccinated, such as children under 5, people with certain medical conditions preventing vaccination, or those with closely held religious beliefs. These patrons must provide proof of a timely negative Covid-19 PCR test taken within 48 hours or a rapid antigen test taken within six hours of showtime. Feel free to email info@olneytheatre.org with questions.

Visit our Health and Safety page for our latest policies to keep you safe as we return to the stage!

The Joy That Carries You