The Stories We Tell Through Our Food

One of my favorite “get to know you” questions to ask someone is what dish they most look forward to on their family’s Thanksgiving table. Maybe that’s because I have a unique answer myself–my family’s carrot casserole recipe is made up of top-secret scribbles that my grandmother famously only shared with the people in her family, making every dinner party guest jealous. Or maybe it’s because I love seeing people’s eyes light up when they talk about their favorite dishes. Memories of home immediately flooding back, there’s something special about the dishes we grow up with and how they can connect us to our cultural history.

The Joy that Carries You begins at Thanksgiving, as Alaia is faced with meeting Shiri’s family for the first time. She shares appetizers and drinks with them as she learns more about her girlfriend's Ashkenazi-Jewish family. She even bonds with Shiri’s father, Martin, over their shared love of babaganoush–a hummus-like dip made with roasted eggplant instead of chickpeas. Inside the privacy of her own mind, Alaia laments her family’s Thanksgiving table saying, “I want the smell’a greens to smack me the second I go to take doorknob to key.” And later, she shares her favorite dish with Shiri’s stepmother, Nancy. “My favorite is Gullah Red Rice. I could eat it all day.”

The Recipes We Carry With Us

The two cultures represented in The Joy that Carries You are Ashkenazi-Jewish and Gullah. While their flavor profiles differ, both cuisines tell the story of a people who had no choice but to move. Recipes from both cultures were carried in the minds of those who had left their home and in some cases, ingredients were carried too.

In Gullah cuisine history, the way that folks were able to take a piece of their home with them during forcible removable was by sewing seeds into their hair. During the African Slave Trade, Dutch slave owners took West Africans into captivity and transported them to the Americas to be sold. African women braided rice seeds into their hair as a means to help the culture of their homeland survive. They were not permitted to take luggage or belongings with them, so they found creative ways to take a piece of home with them, with the hope of cultivating them again. These seeds’ safe arrival in the New World led to one of the primary ways that the rice crop came to grow in the Americas, from Brazil to South Carolina.

Similarly, food looms large in Jewish history. As the Jewish people were forced to migrate, finding food that fit into the deeply embedded religious system of what they could and could not eat was a challenge. It was common for the Jewish people to have to ritually procure and prepare food that aligned with their religious customs. This is what is known as kosher food. However, this created a particular problem for Jewish peddlers, who made their living going door to door and often sleeping in their customer's homes. This exposed them to the problem of both accepting the hospitality of their hosts and dealing with the fact that their customers, non-Jewish people, did not know the rules of keeping kosher.

As you can imagine, the recipes of each cuisine adapt and shift as new ingredients are found in new lands, and old ones are left behind. Both Ashkenazi and Gullah food have influenced regions of the American pallet, whether it be a new ingredient or a style of preparation.

The Food in The Joy that Carries You

Playwrights Awa Sal Secka and Dani Stoller include references to food in almost every scene in The Joy that Carries You, as gathering around food during times of joy and grief is an essential component of both cultures represented in the story. For instance, Shiri is able to break the tension and connect with Z, Alaia’s brother, over the food nicknames each of the siblings had as kids. Ezra was given the nickname “green bean,” and Alaia got stuck with “beefy.” Though Z never gave himself a food nickname, Shiri takes note of his intense sugar tooth, later referencing the whopping six packets of sugar he poured into his coffee to Alaia. After Ezra’s death, Martin shares ice cream with Alaia, neighbors bring plates of food to fill the family’s fridge to the brim, and Nancy cooks Alaia’s favorite dish Gullah Red Rice. In times of grief, isolation is easy to retreat into, and food can serve as a bridge for loved ones to come together. In The Joy that Carries You food becomes a touchstone, in big and small ways, for joy, healing, cultural connection, and togetherness.

How many of these foods referenced in The Joy That Carries You have you tried? 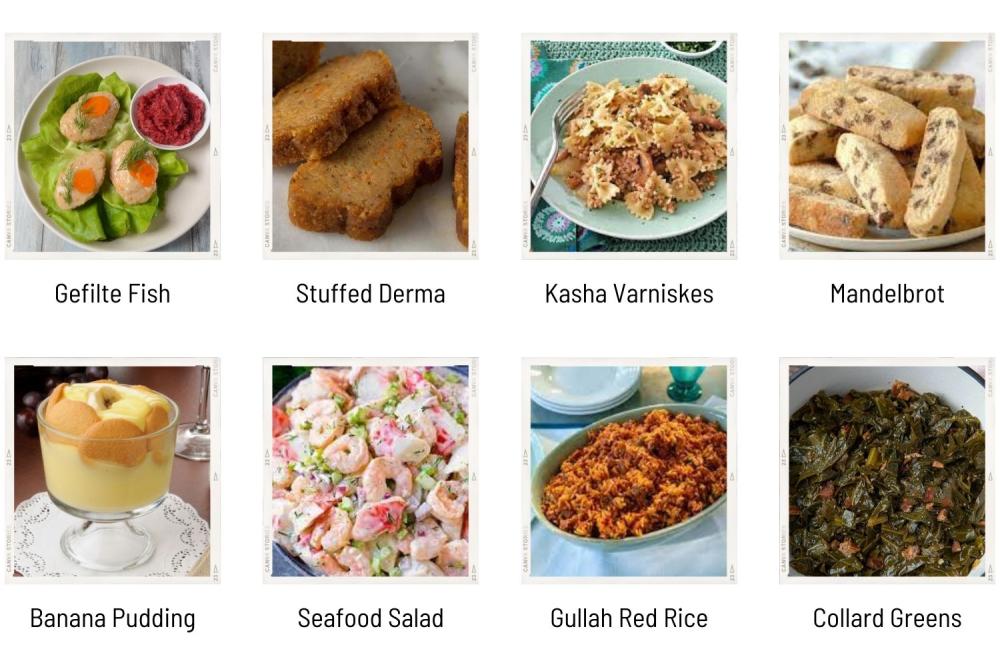 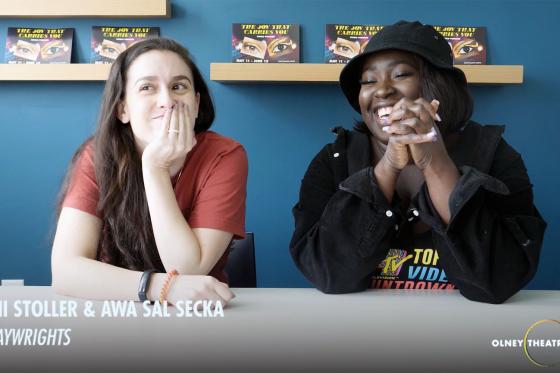 What is joy to playwrights Awa Sal Secka and Dani Stoller? Watch our latest video... 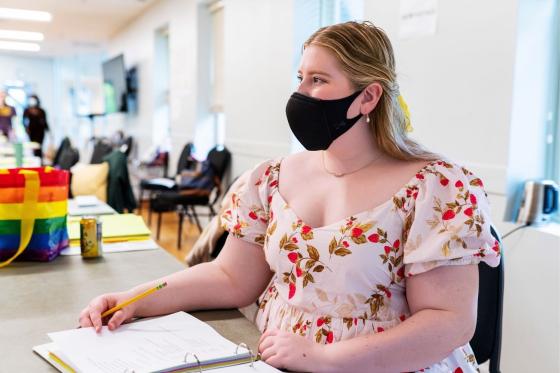 Hello dear reader, and welcome to the second installment of Dramaturgy Field Notes. If you’re...