I write and talk about a lot of really nerdy things, so here’s another one: To cope with moving on from this apprenticeship, I’ve been rewatching some Doctor Who regenerations. If you haven’t seen the show, there have been 13 (well, technically 14) actors who’ve played the main role of the show. Every now and then, the doctor “regenerates,” meaning the actor playing the doctor leaves the show and a new actor takes on the role. I’ve only watched the newer seasons of the show, but for me each exit is tearful. They’re about inevitable change—running from it, embracing it, or coming to peace with it. From Eccleston’s “You were fantastic. Absolutely fantastic. And you know what? So was I” to Tennant’s “I don’t want to go” to Smith’s “I’ll always remember when the doctor was me” to Capaldi’s “Doctor, I let you go,” the doctor’s regeneration scenes are a time to say goodbye.

I can’t believe the year has come to an end, and yet here I am; I must have time-traveled or something. When I was offered this opportunity, I was teaching 5th grade in Phoenix, AZ. Coming to Maryland to work in the theatre was a dramatic change, but one I welcomed. An extremely positive “regeneration” you might say. Outside of one very poor performance as Lady Bracknell in The Importance of Being Earnest and dramaturging a college production of Medea, I had always been a theatre observer, never a theatre artist. The opportunity to work as a dramaturg for a full year was invaluable and unendingly exciting.

More than just the chance to be a dramaturg, this apprenticeship surrounded me with the opportunity to learn, make mistakes, and be mentored. I will always be grateful for the people who shared their time and knowledge with me. JKJ, Jason, Josh, Rebecca, Jenna, JJ, thank you for your mentorship. I learned so much from all of you and can’t say thanks enough.

I’ll reiterate what Meredith said in her goodbye post: this apprenticeship was the best because of my fellow apprentices. It was such an honor and joy to live and work alongside these talented artists and kind humans. I’m going to miss sitting at a table and running a goofy game of Dungeons and Dragons, watching every Disney movie ever made, and spending late nights laughing and talking. Watching you all rise and conquer the challenges that were thrown your way and grow as theatre professionals was a joy. This certainly has been an unusual year, but I’m proud of what this class has achieved and excited to see where everyone goes. Of course, I’ll continue to see you all on Monday nights for our usual DnD game.

I love dramaturgy, despite the fact that I will never finish explaining what it is to my relatives at Christmas. As I very cheesily wrote in my personal statement for my application here, as soon as I discovered dramaturgy, “I saw the world of theatre swing open its doors and invite me in.” Working as a dramaturg has confirmed that, yes there is a place for me in theatre and I’ve loved working with OTC so much. It’s a bit hard to say goodbye.

I can hardly write “goodbye” without wanting to turn off my computer and pretend like it’s not over yet. Part of why I like watching  Doctor Who regenerations during transitions like this is because they remind me that, while change is inevitable, so much good can come from it. I’m so grateful for my time with OTC,  but this apprenticeship has blown open the doors of the theatre world even wider. Although things have changed a lot in recent months, I’m nevertheless excited to see what the future holds. And, I’ll treasure my time as an apprentice not just for the professional value but above all for friends and memories. 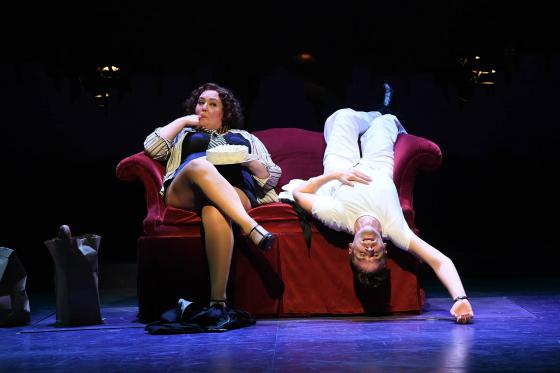 Video of the Week: I Can Cook Too

Not only can she cook, but she can also sing and dance too! This week's video... 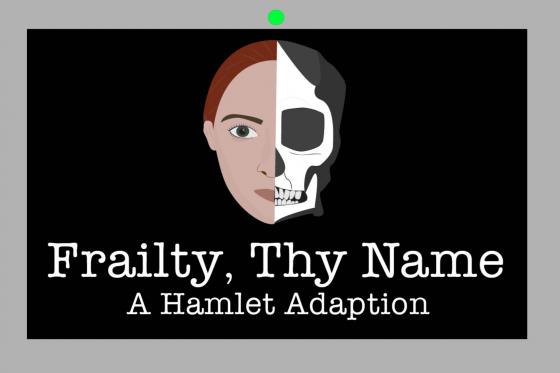 Creating Theatre for the Virtual Space

After the Coronavirus outbreak, the 2019-2020 class of apprentices got together to design a “play-on-paper”...