Another Form of Theatre: Dungeons and Dragons

The world’s stages are currently shut down, but that doesn’t mean we can’t look for every opportunity to experience something like live theatre from our homes. There are lots of options out there, but I’d like to suggest a form of theatre that might be somewhat unexpected: Dungeons and Dragons.

Yes, really. Dungeons and Dragons (DnD) is a tabletop roleplaying game, but it’s collaborative storytelling at its heart. Storytelling that happens live, moment to moment, and combines scripted moments with improv. The leader of the game, called a Dungeon Master, creates and describes the world including locations, scenarios, events, and villains. The players create characters—wizards, fighters, healers, etc—and act them out, interacting and reacting to the world described by the DM. DnD allows a group of people to live out and create meaning through a narrative. It’s theatre, just in a less traditional sense.

DnD had its initial heyday in the 1970s and 80s when the game was released. However, in 2014, the company that created DnD, Wizards of the Coast, released the fifth edition of the game which streamlined the rules and simplified gameplay. The release of the fifth edition coincided with a rise in “live-play” or “actual-play” broadcasts where groups of players record or live-stream their DnD campaigns for an audience. As a result, DnD saw a massive resurgence in the last decade. 2019, the 45th anniversary of the game, marked the best year ever for DnD sales.

Now is a great time to get started or get back into the world of DnD. The following are a few of my recommendations for DnD actual-play shows. All of the following are (at least partially) free to watch and the titles are linked.

Created and run by Brennan Lee Mulligan, Dimension 20 is a part of College Humor, a long-running internet comedy group. The show has five seasons, but the first, called Fantasy High, Is where I send people who are completely new to DnD. The show is hilarious, heartwarming, and captivating. It follows a group of new students at Aguefort Adventuring Academy as they investigate the disappearance of several students. With the highest production value I’ve seen in any actual play show and a cast of brilliant comedians, Dimension 20 is the perfect place to start. Each show is around two hours long and the first two seasons are available in their entirety for free on Youtube.

The Adventure Zone is what made me want to play DnD. It’s a podcast run by the McElroy Brothers, who are also well known for their podcast “My Brother, My Brother, and Me.” The brothers enlisted their dad and have now created three full campaigns. The Adventure Zone is light on the rule and strategy part of DnD, but what starts as a ridiculous adventure (There’s a wizard named Takko, pronounced “taco”) becomes a sprawling narrative with equal measures of heart and silliness. The show is available on any podcast platform. Make sure to start with episode one of their first campaign (The Adventure Zone: Balance)

Critical Role is the granddad of all actual play shows. They’ve been running for just over five years, and the show had a large impact on the resurgence of DnD. The cast is made up of voice actors you’ve probably heard in almost every video game. DM Matt Mercer is an expert in worldbuilding and creates perhaps the most immersive and fully realized worlds for his players. He’s so good at running the game, the DnD community has coined the term “The Matt Mercer Effect” for when players have unrealistic expectations for DMs. The group live-streams their games every Thursday night and releases them on YouTube the following Monday. Their first campaign (Vox Machina) contains 115 episodes and each episode is around 4 hours long. Critical Role is not for the casual DnD fan, but if you can’t get enough, this show will envelop you in rich storytelling and character development.

If every other show on the list seems like too much of a commitment, HarmonQuest is a great place to start. The name comes from Dan Harmon (creator of Community and Rick and Morty) who plays a character on the show. DM Spencer Crittenden makes all of the dice rolls and instead of announcing the results, describes the narrative based on his roles. Each episode includes a new guest star such as Paul F. Tompkins, Chelsea Peretti, Steve Agee, Aubrey Plaza, Thomas Middleditch, Kumail Nanjiani, and more. This show is all about comedy, light on the rules and is partially animated. Each episode is about 20 minutes long and the first season is available for free on VRV.

After watching any of the live shows, if you’ve got the hankering to play a game of DnD, you can start by looking up the Basic Rules and get started. While we are still social distancing, the best platform for DnD virtual games is Roll20, to create and play with your friends or use the community feature to find a game to join. 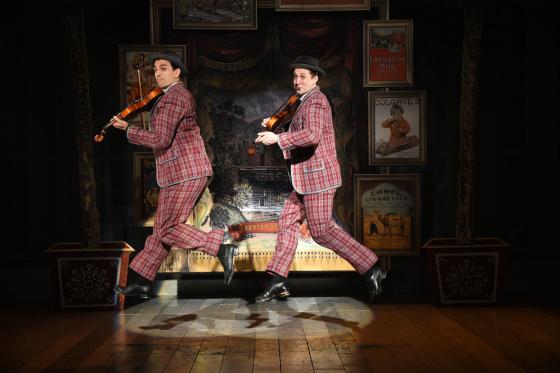 If you loved Singin’ in the Rain, have we got a treat for you.... 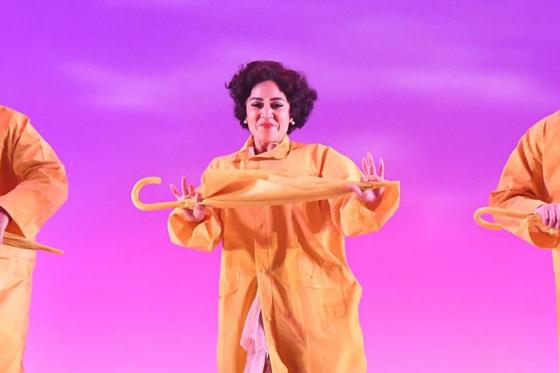 Video of the Week: Singin' in the Rain