Miss You Like Hell: Know the Music, Part Three

In this series of blog posts, get to know the music of our upcoming production of Miss You Like Hell, a musical written by playwright Quiara Alegría Hudes (co-creator of In the Heights) and singer-songwriter Erin McKeown. Each post will cover three to four songs with insight from Chris Youstra, OTC’s Associate Artistic Director of Music Theatre. This post covers “Baggage,” “Tamales,” and “Now I’m Here.”  You can listen to the recording of the original cast album on most streaming services including Spotify, Apple Music and Amazon Streaming. This is part three of a four part series; check out part one and part two first.

This song picks up with Beatriz in a holding cell. She has Olivia’s backpack and examines it, regretting not being more involved in her daughter’s life. Meanwhile, Olivia, Mo, and Higgins arrive at the police station. Mo and Higgins go into the courtroom and Olivia waits outside, worried she might have to say goodbye to her mom again. However, between a call from Beatriz’s lawyer and Mo and Higgin’s explanation, Beatriz is released with only a few traffic tickets.

Chris Youstra: “‘Baggage’ is the ‘One Day More’ (Les Miserables) of Miss You Like Hell. It‘s the song where snippets from other songs come back together. You hear bits of ‘Lioness,’ ‘Sundays,’ and ‘Bibliography.’ This tool, where all of the characters come back with their own themes simultaneously, happens all the way back to Mozart.”

In addition to reprising several previous songs, “Baggage” also celebrates Beatriz and Olivia’s complex and contradictory relationship. Their bond is fraught and can sometimes seem like a burden, but this song rejoices in their connection and their attempt to come together despite the obstacles. Together they sing, “Family sucks, but then I see / Sometimes my baggage carries me / Bring your drama, let’s hit the road / Together we can lighten up the load.”

CY: “On the surface, this song is about making tamales, but it’s really about how to connect with your past and your culture. We could all sing a song like this; for me, it would be about lasagna. So much of our cultural identity is wrapped up in food, but it's not just about the actual food, it's also about ritual. The ritual of making it and passing it down. This song is when Olivia realizes she has memory and connection to her mom. To call Manuel a deus ex machina is a little extreme, but this character comes in at a critical moment and affirms this culture and this tradition for Olivia.”

After “Tamales” Beatriz asks Manuel to join them on the road trip so she doesn’t have to worry about getting pulled over without a valid license. Manuel agrees but chooses instead to teach Olivia how to drive the stick shift truck.

CY: “Also, this song has another fun connection to OTC. On the Spotify Miss You Like Hell cast recording, the guy playing Manuel is Danny Bolero, who played Kevin Rosario in our 2017 In The Heights.”

In “Now I’m Here,” Olivia sings about out-of-place fictional and historical characters: “Moby Dick swims the Great Plains” and “Sitting Bull is gone again to Graceland.” Olivia drives across South Dakota and Wyoming, completely out of her comfort zone but finally living in the moment. She “used to read to escape / to be anywhere but here” but is now opening up and accepting the environment around her.

CY: “This song is like a Sheryl Crow song but with a bit of a harder edge to it. ‘Now I’m Here’ is an on-the-road song, just like ‘All I Wanna Do’ is an on the road song. It’s the first time Olivia is driving and one of the few times where Olivia is really celebrating. She’s living in the moment. It’s a song of unadulterated joy.” 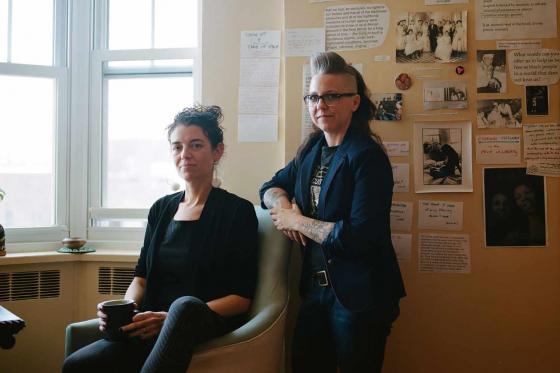 Meet the creators of Miss You Like Hell, Quiara Alegria Hudes and Erin McKeown 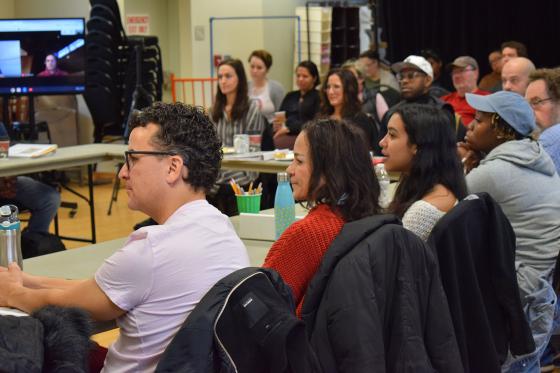 Miss You Like Hell: Know the Music, Part Two

This post covers “Yellowstone,” “My Bell’s Been Rung,” “Over My Shoulder,” and “Bibliography.”