Miss You Like Hell was written and co-composed by Quiara Alegría Hudes. Hudes’ first play was produced when she was in the tenth grade by Philadelphia Young Playwrights. She studied music composition at Yale and received her MFA in Playwriting from Brown University. In 2012 she won the Pulitzer Prize for her play Water by the Spoonful and was twice a Pulitzer Prize finalist for her play Elliot, A Soldier's Fugue and the book of In the Heights.

Growing up, Hudes recalls in a New Yorker profile that her Puerto Rican mother “would blast Afro-Caribbean tracks ‘every morning, volume eleven.’” She learned to read music from her aunt Linda, who composed for the Big Apple Circus and let Hudes sit in on rehearsals. Hudes learned to play by ear from the blues, Bach, and gospel tapes her uncle helped her pick out. During her time at Yale, Hudes recalls being mocked for wanting “to practice Celina y Reutilio montunos alongside Chopin nocturnes.” Music is an integral part of Hudes’ work; Elliot, A Soldier's Fugue, carries influences of Bach, Coltrane underscores Water by the Spoonful, The Happiest Song Plays Last is united with Puerto Rican Jibaro Music.

According to playwright and Hudes’ mentor, Paula Vogel, Hudes is “taking a page from August Wilson. She’s focusing on her ancestors and creating a canon: the American landscape with a Puerto Rican voice.” Additionally, Lin-Manuel Miranda said, “Quiara’s in touch with spirits. You have to remember, this woman went into playwriting because she sensed that her family stories—those in Puerto Rico, those in Philadelphia—would fade if she did not give them language.” It’s this idea that frequently propels the subject matter of Hudes’ work. Hudes told the Dallas News, “In my early 20s, my mom looked me in the eye and made a request: ‘Tell our family's story. The written word has tremendous power in this country.’ I said, ‘OK.’” Before writing, Hudes interviews her relatives and then uses emotional truths they’ve expressed to her to build her fictional characters. Hudes’ Elliot Trilogy features characters inspired and named after members of her family. Beatriz in Miss You Like Hell is in part inspired by her mother’s experience as a Lukumi priestess and the stories she told Hudes about talking to ancestors, experiencing possession, and seeing deaths before they happened. This spirituality is something that Hudes was always fascinated by. When she saw Ntozake Shange’s choreopoem For colored girls who have considered suicide/when the rainbow is enuf she encountered the same type of spirituality for the first time out of her mother’s experience. The ending of Shange’s piece celebrated a “laying on of hands” that inspired the national park dancing scene in Miss You Like Hell.

Miss You Like Hell is loosely adapted from Hudes’ earlier play 26 Miles about a mother-daughter road trip. Hudes’ impulse to write the musical was to “write the two thorniest, meatiest, juiciest, funniest, realest women characters.” The original production of Miss You Like Hell at Public Theatre in New York featured an all-female team and the story itself reimagines the traditional road trip narrative in a new light. Hudes said, “The road is one of the most fundamental American symbols: it’s the promise of expansion, of finding meaning; the promise of unattachment and discovery. I’m attracted to what happens when a woman leaves the domesticity that she’s supposed to stay with and goes unfettered towards expansion.”

According to Hudes, Miss You Like Hell’s immigration story “is a direct response to being part of a Latino community that, by luck of the draw, happens to get citizenship rights, and wondering what to do with that privilege.” Hudes’ mother founded a women’s health center and one night took Hudes out of bed so she could help a woman in labor who wouldn’t go to a hospital for fear of being deported. The story is set in 2014 during the late Obama administration and reflects the time during which Hudes and co-composer Erin McKeown wrote the show. The original production of Miss You Like Hell opened on November 6, 2016, just two days before the election of Donald Trump. Since the 2016 election, audiences’ reactions to the play and the immigration issues within it have heightened. However, Hudes argues, “the center of the piece has not changed, and it’s the context of the story that has become far more politicized, far more aggravated as a conversation. I understand that today is the context in which the audience comes in and hears these words, but in fact I think the story has been one that would have resonated 20 years ago, would have resonated eight years ago. These issues and these concerns are not new to this country. The tambour of the conversation is what has reached a fever pitch.”

Erin McKeown is a musician, writer, and producer whose work merges a wide range of stylistic influences including elements of pop, swing, rock, folk, and electronic music. For the past 20 years she has made it her life’s work to study the regional music of the U.S. In an interview The Fame, McKeown said, “Probably one of the root reasons why Quiara asked me to compose the show is because I’ve always been really excited and interested in lots of different genres of music.”

Originally from Fredericksburg, VA, McKeown moved to Rhode Island to attend Brown University where she studied ethnomusicology. She got her start in folk music and released her first album, Monday Morning Cold, in 1999. Mckeown notes the importance of location and its impact on her approach to music: “If I had gone south I probably would have ended up in a band that was more like Dave Matthews Band or a more ensemble type of experience, but instead I ended up in this world of solo singer-songwriters.” McKeown currently lives in Massachusetts and has released a total of 10 full-length albums. Her later albums—Manifestra (2013), According to Us (2016), and Mirrors Break Back (2017)—are much more personal to McKeown’s life.

“According To Us was a real statement of self love and of a queer identity and taking up space and flying your flag and really feeling proud of who you are. And then Trump gets elected and I think a certain part of the country, myself included, felt a kind of devastation and a kind of rejection of our selfhood. So Mirrors Break Back is about that moment where you look in the mirror and the mirror makes you feel terrible. So those two EPs now go together as kind of a before-and-after album. And they both helped me in tremendous ways.”

Miss You Like Hell was her first experience writing for the stage and McKeown and Hudes worked together on the musical for seven years. In an interview with The Free Lance Star, McKeown describes how Hudes reached out to her about writing a musical. “[Quiara] heard a record of mine I made in 2009 and she thought, ‘that’s the sound of a musical I want to write.’ So she basically did the email equivalent of a cold call. I didn’t know her, I didn’t know her work. The musical doesn’t sound anything like that record anymore, but that was our starting place.” 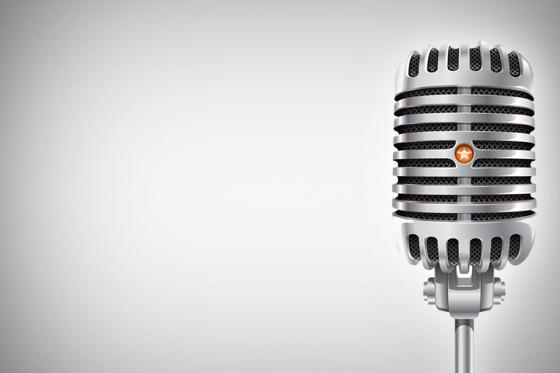 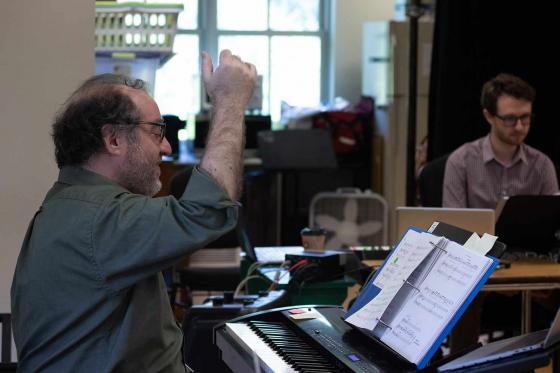 Miss You Like Hell: Know the Music, Part Three