Miss You Like Hell: Know The Music, Part One

In this series of blog posts, get to know the music of our upcoming production of Miss You Like Hell, a musical written by playwright Quiara Alegría Hudes (co-creator of In the Heights) and singer-songwriter Erin McKeown. Each post will cover three to four songs with insight from Chris Youstra, OTC’s Associate Artistic Director of Music Theatre. This post covers “Lioness,” “Sundays,” “Mothers,” and “Received”/”Castaway Comments.”  You can listen to the recording of the original cast album (not with the Olney Theatre cast, but you'll get the idea) on most streaming services including Spotify, Apple Music, Amazon Streaming and YouTube.

Miss You Like Hell opens on the reassuring phrase “you can do this” repeatedly sung by the ensemble. Then, Beatriz Santiago stands outside of her 16-year-old daughter’s house. It’s 4 a.m. and Beatriz has just driven “like a bat out of hell” from Los Angeles to Philadelphia after her daughter Olivia posted a terrifying message—Should I jump off the Ben Franklin Bridge?—on her blog. Beatriz and Olivia haven’t seen each other for four years and the last time they were together, Olivia asked her mother to stop visiting. Now, Beatriz waits outside her daughter’s window, repeats the phrase “I am a lioness, I am a warrior” to herself, and hopes that Olivia will answer the phone.

Beatriz is an undocumented immigrant from Mexico and has been living in the United States since she was sixteen. When she arrives in Philadelphia, she has an immigration hearing back in Los Angeles in seven days, which will likely result in her deportation. Regardless, she’s driven across the country to convince her daughter Olivia to take a cross-country road trip with her back to Los Angeles.

Near the end of the show, “Lioness” returns, but then, Beatriz sings to Olivia “You are a lioness, you are a warrior.” Throughout the show, Beatriz draws out the lioness in her daughter and teaches her to “fight your way back.”

Olivia comes out of the house to see her mom, but before agreeing to go on a road trip, she pauses for a moment and sings “Sundays.”

Beatriz and Olivia’s father separated when Olivia was six. For six years after that, Beatriz had Olivia on the weekends and Sundays, she would take Olivia to the art museum.

CY: “The influences in this show are varied. It’s a kaleidoscope of American music. This song in particular has Sheryl Crow influences in it, whether conscious or unconscious, but that’s certainly something I picked up. Also, the anger of the lyrics reflects Alanis Morissette. There’s an acoustic feel—maybe some Sara Bareilles—that has been captured, but with its own flavor. [Quiara Alegría Hudes and Erin McKeown] don’t stick with form. There is a sense of verse and refrain in ‘Sundays,’ but sometimes there isn't. Sometimes it's just ‘get that idea out.’ The character is not interested in coming out with a fully fleshed out idea. It’s an interrupting thought. ‘Sundays’ doesn’t really end. It just devolves into her saying, ‘alright dad, I’m going on the truck and that’s it.’”

On these Sundays, one of the pieces of art they would look at was Prometheus Bound by Peter Paul Rubens. In the myth, an eagle rips out Prometheus’ liver, the wound heals overnight, then the eagle returns and the cycle repeats. Olivia compares her relationship with her mother to this story; she heals just enough to be hurt again.

Still, the song resolves hopefully, and Olivia reflects on the positive moments during their weekend visits: “The way she’d scoop me in her arms/ time seemed infinite...  can it happen again?” Olivia texts her dad, asks him not to be mad, then joins her mother in the truck.

Several hours into their road trip, Beatriz and Olivia sing “Mothers,” which explores the contradictions of their relationship. Olivia has been hurt by her mother’s absence, but is constantly pushing her away. Beatriz knows Olivia needs her but doesn’t know how to overcome the past and get a second chance at their relationship. This upbeat song jokes about the paradoxes of motherhood in “Mothers’ll make you eat your greens/ Mothers bring you midnight snacks,” but with an undercurrent of longing for a repaired relationship.

CY: “Mothers” plays around with a 6/8-3/4 rhythm. Like the song “America,” (West Side Story) which is dealing with Puerto Rican culture, Leonard Bernstein used this rhythm and that kind of gives it an offset feeling. In terms of influences, it’s hard to use that rhythm and not acknowledge its forefathers because that’s the most famous use. In 6/8- 3/4 rhythm, you’re going back and forth with the same number of beats but you’re offsetting the emphasis. Even if you don’t understand music, you know the feeling of that song is a little offset. The interesting thing about “Mothers” is it’s kind of the first infusion of what could be called a Latin influence. That heavy shaker groove. Like I said, it’s not like it’s lifted from Latin culture, but it’s the first kind of influence of world music... She’s explaining the paradox of being a mother, but she’s also introducing this kind of groove that has a Latin tinge to it.”

In a mall in Ohio, Olivia types out a post for her blog, “Calling All Castaways.” She writes about the road trip and that her mother is not dead (as she originally told readers) has brought her to a shopping mall to buy her new clothes.

CY: “The opening is almost a morse-code thing or a modem. The blog is how she connects with people. The word “castaway” means several things. Olivia feels like she has been cast away by her mom and like she’s been cast away from society. In some ways she’s a loner, but she connects through the anonymity of the internet. She also feels like she’s a castaway in that she’s alone, she’s kind of on an island, she’s Tom Hanks, that sort of thing. But for the first time, she’s traveling. She mentions in the show that she’s never left home and she’s always been within a 20-mile radius of where she was born. This is her experience of feeling like she’s on this ship that’s taking her to places she doesn’t know and where she’s never been.”

“Received” is the first instance of this internet sound, but it returns later in the show for “Castaway Comments,” in which readers share their favorite memories of their mother. The blog is Olivia’s community and they remind her that “if we tie our rafts together/ are we really lost at sea?” 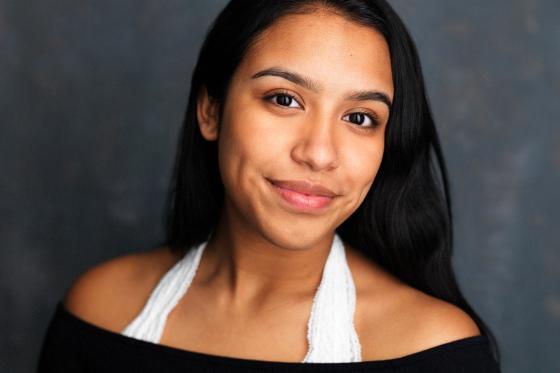 An Interview with Valeria Morales, Olivia in Miss You Like Hell

Valeria Morales plays Olivia, the sixteen-year-old daughter in our upcoming production of Miss You Like... 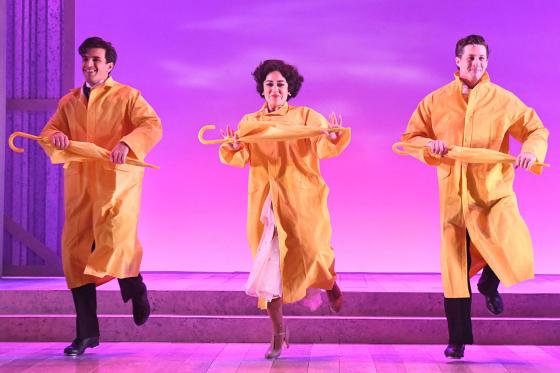 All together, we were able to donate 434 coats to members of the community. 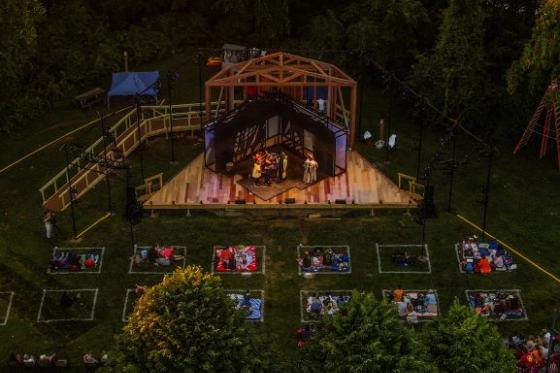 Are You New Here?

The first visit is on us!

Use the code: FirstTimeFree at checkout.

If you have never been to an Olney Theatre Center program, we're offering 4 free tickets to the performance of your choice during Olney Outdoors. Choose from Jazz, Cabaret, Sing Praise! Concerts, and Theatre for Young Audiences.

You must be a first-time patron of Olney Theatre Center to qualify. Limit one performance, four tickets per household. And of course, many of our Olney Outdoors programs are already free for everyone!