In two weeks, Mary Stuart opens in the Mulitz-Gudelsky Theatre Lab. This adaptation by Jason Loewith is based on the 1800 play by Friedrich Schiller. It centers around two of the most powerful women of the 16th Century - Elizabeth I of England and Mary, Queen of Scots - during the final days of Mary’s life. Protestant Elizabeth’s reign was threatened by Mary’s existence— a Catholic queen, the granddaughter of Henry VII, with a claim to the English throne. For a bit of background knowledge, read about Elizabeth I’s journey to the English throne which includes three wives of Henry VIII, the first of two Queen Mary’s (this one is “Bloody Mary” as opposed to “Queen of Scots”) and a great deal of patience.

Elizabeth I is Born to Henry VIII and Anne Boleyn.

On September 7, 1533, Elizabeth I was born at Greenwich Palace to King Henry VIII and Anne Boleyn. Her birth was met with disappointment, as the royal couple had been desperately wishing for a male heir to the English throne. The court doctors and astrologers had assured Anne that Elizabeth would be a boy, so all preparations leading up to the birth, including the decoration of the birthing chamber, were in anticipation of a baby boy. Letters were written in advance of the birth, preparing to announce the true heir of Henry VIII. But these letters would never be sent.

Despite her sex, Elizabeth was still born the heir presumptive to the English throne. Her older half sister Mary I was stripped of her title as princess and lost her own claim to the throne when Henry VIII divorced her mother—his first wife— Catherine of Aragon. In order to divorce his first wife, Henry VIII left the Catholic church and created the Church of England. Therefore, Elizabeth herself was a product of the great schism between catholicism and protestantism that plagued much of Europe. This would become one of the major political issues of her rule.

Elizabeth was baptised on September 10, 1533. Two months after her birth, she was removed to her own household at Hatfield in Hertfordshire, as was customary. Anne was expected to stay with Henry and attempt another pregnancy as soon as possible. A resentful Mary I was sent to live in Elizabeth’s household, a move viewed by many as Mary’s reduction to a lady’s maid.

Anne Boleyn is beheaded and Elizabeth loses her title

Three years after Elizabeth’s birth, Henry ordered that Anne Boleyn be executed for infidelity, witchcraft, and plotting against the king. She was accused of adulterous relationships with members of court, many of whom were tortured into confession. But historians view this as Henry’s way of ridding himself of the second wife who failed to produce a male heir. Two weeks prior to her execution, Anne wrote to Henry begging him not to let Elizabeth inherit any of her own misfortunes. Henry ignored the plea and removed Elizabeth from his secession line. At the time of Anne’s sentence, Henry was already involved with Jane Seymour. He married Jane on May 20, 1536, one day after Anne’s beheading.

Elizabeth in Waiting, Part One: The Succession Acts and Edward VI

Elizabeth was raised as a Protestant. In her earliest years, she was treated as a princess and raised with a huge staff until she was stripped of her title in 1536. Both Mary and Elizabeth were declared bastard children by The First Succession Act (1533) and The Second Succession Act (1536). Elizabeth grew up understanding how alliances and power can shift overnight. Henry married his third wife, Jane Seymour, who finally gave him the son that he wanted, Edward VI. Edward was born on October 12, 1537 and became the legitimate heir to Henry’s throne. And Elizabeth was made to carry the chrisom (baptismal cloth) at Edward’s christening.

In 1547, Henry died and Edward ascended the throne at the age of nine. Henry had arranged a council of regency to rule on his behalf, but Edward’s uncle, Edward Seymour, Duke of Somerset, swiftly took control and established himself as Edward’s protector. Somerset was determined to establish England as a truly Protestant state. In 1549, an English Prayer Book was issued along with an Act of Uniformity, establishing the Book of Common Prayer as the only legal form of worship.

\The Third Succession Act of 1543 had restored Mary and Elizabeth to the succession line after Edward. But Edward grew ill from tuberculosis and was advised to remove Mary from the line, as her devout Catholicism was a threat to the new Church of England. In his will, Edward named Lady Jane Grey, great-granddaughter of Henry VII, as his heir.

Edward died in 1553 and Lady Jane Grey was queen for nine days before she was deposed (and later executed) by Elizabeth’s older half-sister, Mary I. Mary I was England’s first female monarch, but ruled only for five years. As a staunch Catholic, Mary’s rule was marked most by her strong attempts to reverse the English Reformation of Henry VIII. During her reign, nearly 300 religious dissenters were burned at the stake, earning Mary the nickname of Bloody Mary.

Elizabeth had supported Mary as they were trying to restore their claim to the throne, but the alliance quickly died once Mary was queen. She no longer trusted Elizabeth and feared she would stage a revolution and take the crown by force. Elizabeth was placed under house arrest after a protestant-led rebellion in 1554. But Elizabeth saw that the smartest way to go about gaining the crown was to wait Mary’s reign out. Mary was deeply unpopular with the English people and was also in poor health. Elizabeth quietly surrounded herself with allies who would help ensure she ascended.

1558: Elizabeth ascends to the throne. 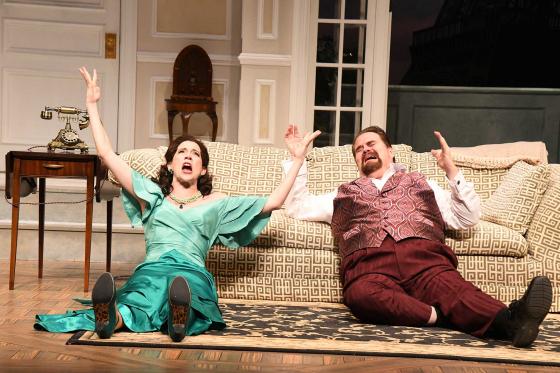 From National Players to the Mainstage

It’s time to introduce another one of our stellar cast members from Ken Ludwig’s A... 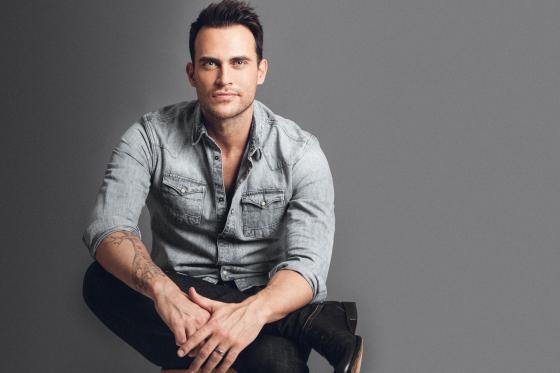 Cheyenne Jackson and his Advocacy

Our performer for this year’s annual gala is Cheyenne Jackson! If you’re a musical theatre...