The Royale by Marco Ramirez is inspired by the true story of Jack Johnson and his fight for the heavyweight championship. Sarah Kiker, our Dramaturgy Apprentice, sat down with director Paige Hernandez to hear about her connection to the piece and how this production resonates with the world today.

Tell us a little about yourself and how you came to work in the theatre?

I am originally from Baltimore, Maryland. I’m a graduate of the Baltimore School for the Arts and the University of Maryland, College Park. Throughout my career, my focus has always been on theatre, dance, broadcast journalism and education. I currently reside in Capitol Heights MD with my husband Kris and dog, Mingus. I am the founder of B-FLY ENTERTAINMENT, which creates and tours shows with a multi-cultural and multi-generational focus. Through B-FLY I wear many hats including educator, playwright, choreographer, librettist, producer and more.

What kind of research did you do before the rehearsal process started?

I am really intrigued by the intersection of sports, dance and theatre. They all can be highly physical and profoundly emotional. I turned to a lot of plays that focused around sports (Wolves, Colossal, The Great Leap, Toni Stone, etc.) I had also done directing/choreography for wrestling (Chad Deity at Woolly) and Double Dutch (She a Gem at the Kennedy Center) to prep me for a vision that references the sport while being highly theatrical.

And of course I brushed up on everything Jack Johnson. Watched documentaries, read his writings, watched bouts, etc. There were so many things about his story that resonated with me. I was also fascinated with who he continues to inspire from fashion to music to boxing… Miles Davis to Mos Def to Deontay Wilder.

How were you introduced to The Royale?

I had the great fortune to be in the World Premiere of Marco Ramirez’ Six Stories Tall (then known as Mermaids, Monsters…) at the Kennedy Center. Since then we became friends who kept in touch and kept each other’s work in our peripheral.

I got to see The Royale in Miami in 2016 at GableStage. It blew me away. I was so thrilled to learn that Olney Theatre Center and 1st Stage were interested in bringing this show to DMV audiences.

The Royale is loosely based on the life of the first black heavyweight champion, Jack Johnson. How is his story relevant for modern audiences?

Jack Johnson’s story mirrors any African American who has ambition but is constrained by racism and other American societal systems. A lot of these systems, thoughts and beliefs are still in practice today. You can see the same adversity when you look at any of our “firsts”: Obama, Serena Williams, Tiger Woods etc. None of them had it easy and each of them was met with an unfair share of bias. But no matter what, they knew they were destined for greatness and triumphed against all odds. I think audiences will leave this show asking, “What kind of sacrifice are you willing to make to be the first to be the greatest?”

How do you feel your strengths as a director are exemplified in this production?

Marco’s play is definitely written with some of my favorite devices in mind: rhythms, musicality, lyrical speech, abstract staging, and the blending of modern and traditional. All of these things are executed so beautifully on the page. I’m hoping that my direction helps to capture this engaging intersection on stage.

What has been challenging about this production?

Some of the same qualities aforementioned present some interesting challenges in the rehearsal process. This play requires a huge amount of multitasking with choreography, lines and ensemble synchronization. Each performer may have had their own process for memorization and retention but we all learned quickly that collaborative repetition was the best option. It’s hard work in a quick process. When it’s done right there are huge highs in accomplishment but until then it can be challenging and tedious.

If I wanted to be a director, what skills should I work to cultivate?

There are many skills such as text analysis, time management, collaboration, knowing every role of those involved, EDI training, and the basics that come with stage picture, balance, relationships, and more.

Can you walk us through a brief timeline of your directing process?

Before rehearsals even start there are concept, design and production meetings with designers and producers. A few months later I start the rehearsal process with actors. We start with a couple of days of table work which includes dramaturgy research, text analysis, conversations and comprehension. We spend the next few days exploring each scene on its feet in sequence. Blocking starts to take shape and we begin to confirm choices, emotions, intentions and relationship interactions. After that, we continue to layer on other components (costumes, props, projections, etc.) through tech and opening. Our artistic journey should be reflected in the story so that the audience is handled with care as they experience the same story. 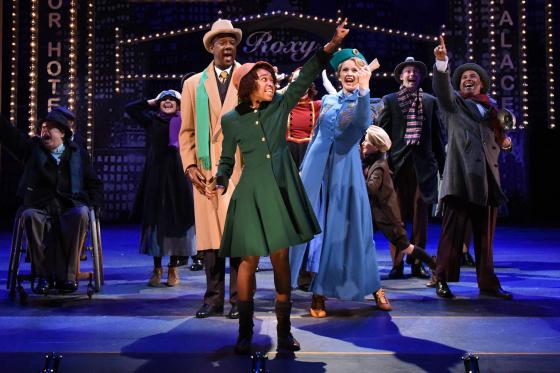 This month we asked our staff: What was the first show you remember seeing? 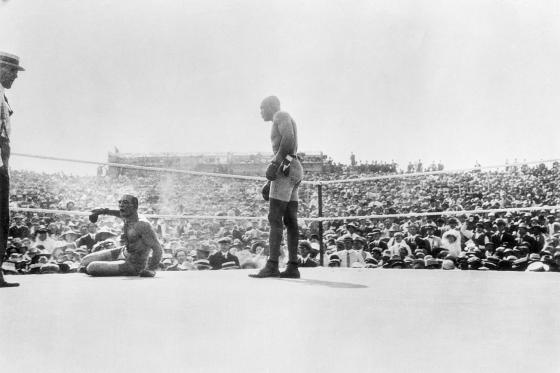 A Biography of Jack Johnson

The Royale is loosely based on the life of Jack Johnson, the first black world...