Angels in America: Part I and II

The 25th Anniversary production of Tony Kushner’s Pulitzer- and Tony® Award-winning juggernaut comes to Washington in a collaboration between powerhouse producers Olney Theatre Center and Round House Theatre. Their artistic directors tackle what many critics call the 20th century’s most significant theatrical event with an extraordinary cast. These two plays perform in rotating repertory at Round House Theatre in Bethesda. 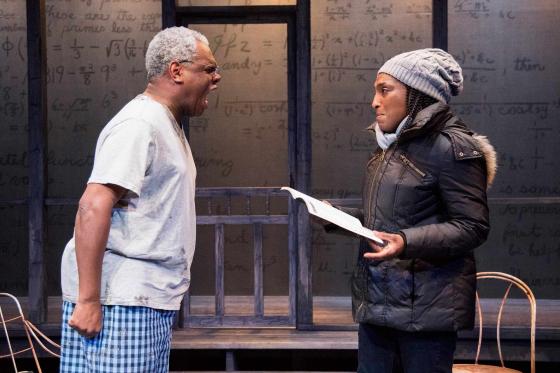 ABOUT ANGELS IN AMERICA PART I: MILLENNIUM APPROACHES

It’s 1985 - morning in Reagan’s America - as Kushner’s Pulitzer - and Tony® Award-winning epic introduces us to a cast of unforgettable characters: nebbishy Louis, whose fabulous boyfriend Prior has been diagnosed with AIDS; Joe, a closeted lawyer who has been taken under the wing of the infamous McCarthyite Roy Cohn; and Joe’s wife Harper, an agoraphobic, Valium-addicted Mormon come unstuck. Lives collide, the universe cracks open, and the Angel of America arrives to anoint a prophet in the first part of Kushner’s decade-defining hit.

The Angel reveals her grand plan to restore God to humanity while Prior, Louis, Harper and Joe scramble to make sense of a universe seemingly turning to rubble before them. After the more straightforward storytelling of Millennium Approaches, Perestroika hurls surprising comedy and theatrical flourish across Kushner’s magical canvas, blurring the supernatural and the physical realms in the thrilling climax of this epic dramatic achievement.

Angels in America: Part I and II