This weekend, the National Players kick off Tour 71 with their production of Walk Two Moons, directed by Jenna Duncan!

As Tour 71 focuses on plays that center around female identifying characters and their journeys of self-discovery, we thought it was only fitting to focus this blog post on these characters, the actresses who play them, and how these plays fit together to make a powerful season of shows.

Why/How did you decide on the three productions for Tour 71?

JKJ - First off, National Players value great stories, both the stories we tell and the stories told to us by the communities we encounter. So it's important for us to pick three different plays that can both entertain and encourage thoughtful dialogue. In the fall of 2016, Olney Theatre Center produced The Diary of Anne Frank in the Mulitz-Gudelsky Theatre Lab, and I knew then it could be a valuable and necessary story to share across the US. I wanted to tell this classic story of a young woman struggling to understand herself and her family amidst the hatred surrounding her, and I wanted American audiences to encounter the humanity that exists in every refugee.

JKJ - With that play chosen, we had to settle on a Shakespeare title--no reason to break a 70-year streak of annually performing the Bard--and we knew we wanted a comedy. As You Like It is one of my absolute favorites due to its incredible tapestry of characters and themes of community, forgiveness, and identity. And with Rosalind at the center of their story, a theme of great females began to emerge.

JKJ - Looking to Walk Two Moons, it was clear that we had a third story of a strong female with a big problem to solve. Add to that the facts that is a story that lives on the road (just like the Players) and is a tale written for adolescents, the combinations of these three plays just seemed perfect.

How do these productions with Tour 71 bring something new to the story?

JKJ - With As You Like It, I wanted to examine the fluidity of identity that Shakespeare presents in the play. Thrust out of the home they know, Rosalind and company all choose to modify their identity to suit their new environs, and I find this concept so human and so often overlooked. In our production we are going to lean into that, both as the characters and as the troupe of nine actors slipping in and out of multiple roles. Two other things of note is the contemporary look and feel of the world and the incorporation of modern music to replace Shakespeare's lyrics (he was a gifted poet, but his lyrics seldom work in a modern world).

JKJ - For The Diary of Anne Frank, director Raymond O. Caldwell is approaching the story in a really cool way. As our cast this year is comprised of people from a variety of backgrounds, Raymond is framing the play in a high school classroom and the individuals we encounter as students who have to read Anne's diary and, in reading it, find themselves transported to the Annex where the story takes place.

Jenna - I think the unique thing about this production will probably be the constantly fresh dynamics of humans navigating how to step up and be brave in this play while they are also trying to navigate that in their own lives, all with one another as teammates and supporters of that journey.  Also, similarly to the other two shows, Walk Two Moons asks a lot of an audience's imagination to create this road trip.  There aren't projections, flats, or big spectacle moments.  There's just humanity, language, and the lenses of any audience members who have ever been on a journey of their own (so, everyone!), both literal and emotional.

What do you hope audiences take away from these stories?

Jenna - I hope the main takeaway from Walk Two Moons is that everyone is fighting their own battle, no matter how large or small it may seem in proportion to others. Many lives intertwine in this play in ways that no one could predict, but I think that echoes life more than we give it credit for. The more we can understand how intertwined we all are, and the more we can empathize with both neighbors and strangers, the better off we'll be.

Next, I chatted with three National Players who each play one of the pivotal female characters of Tour 71: Emma Stern, Lisa Danielle Buch, and Miranda Pepin.

What role(s) do you play this season?

Emma - Celia in As You Like It, Phoebe in Walk Two Moons and Miep in The Diary of Anne Frank

Lisa - I am Rosalind in As You Like It, Sugar/Mrs. Winterbottom in Walk Two Moons, and Mrs. Van Daan in The Diary of Anne Frank

Miranda - I play Oliver in As You Like It, Sal in Walk Two Moons, and Anne in The Diary of Anne Frank.

What do you love about your character?

Emma - Phoebe is a huge personality with a vivid imagination.

Lisa - All of the characters have all lived a relatively “tiny life” (a direct line out of Walk Two Moons) until some life altering event changes that. For example: Rosalind is banished and escapes into the Forest of Arden disguised as a man and Mrs. Van Daan must leave everything she knows behind.

Miranda - I love that Sal is so thoughtful and observant.

What is a challenge that comes with playing this role/in this show?

Emma -  Reading between the lines, I discovered that Phoebe’s actions in the play come from a place of real fear and insecurity. The biggest challenge was in trying to understand Phoebe's actions, why she has these insecurities and why she clings so desperately to the stories she creates.

Lisa - Aside from understanding the emotional journey of liberation and self discovery she has through being in man’s clothing, Rosalind has the most lines of any female character in the Shakespeare canon. To make it all driven and specific, to have the breath support I need so I don’t get winded- it’s like gym training.

Miranda- Sal does a lot of storytelling and lives in three different timelines throughout the show. Switching around to different versions of herself and keeping track of how much info past and future Sal knows is something that still challenges me.

What has been the most rewarding/favorite moment of the rehearsal process?

Emma - On one of the first days of Walk Two Moons rehearsals, Jenna asked us questions to prompt us to tell stories about our own lives that pertain to the themes of the play. We got to rotate around to different people and tell each other stories about ourselves. It made me realize how relatable the play is, even if the person reading or watching it has never gone through the exact experiences of the characters.

Lisa - Making discoveries with my scene partners. The actor playing Orlando and I were just rehearsing one day and came up with something for a specific scene, in which we then collaborated with our director.

Miranda - My favorite moments are those when I get to climb, jump, and swing around on the scaffolding (which is often). I'm such a physical person/actor and Patti Kalil basically designed us a playground!

What actor, director, or other artist do you look up to?

Emma - I just graduated from Georgetown in the Spring and I had one professor, Sarah Marshall. She has this incredible knack for looking at a text and seeing the subtleties and subtext that lie underneath the actual lines. If I can develop even half of the skills she has, I'll be happy.

Lisa - I look up to artists who crossover so seamlessly to other areas, like Donald Glover, or Heidi Schreck, who put something very new on a commercial Broadway stage. I have a one woman show about what happens on the neurochemical level of psychological abuse and sexual assault that I have been working on for a year and a half, so I feel like if Heidi can get her story to larger audiences, I can too.

Miranda - Fellow Nashvillian, and young director Natalie Risk never fails to fascinate me. She's full of great ideas, might possibly have a time turner with the amount of work she gets involved with, is extremely specific about the stories she wants to tell and how she tells them, and is the definition of a go-getter. I hope to one day be as much of a powerhouse as she is.

Out of all of the shows you know, who is your favorite character and why?

Emma - I think Phoebe is my favorite. It may not seem this way upon a first read, but she is a complex character. The script gives so many hints about Phoebe's life, which has allowed me to explore her more deeply.

Lisa - For my Shakespeare training, my final project was to pick a character, (regardless of gender) and prepare one of their monologues to present for the class. I chose Iago because I wanted to explore how Iago would manifest as a woman. He makes me curious as to what makes a person like this tick and I think there is much to be gained by getting well acquainted with our “enemies”.

Miranda - Orlando in Sarah Ruhl's Orlando is one fantastic character that comes to mind. There is so much growth and change to play with. Can't wait to see many, many renditions of the role. 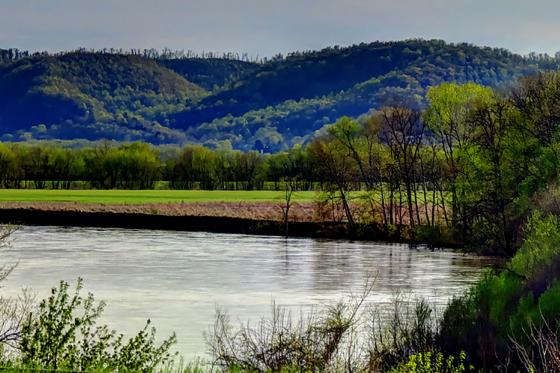 Here’s a deeper look into two of the key settings in Walk Two Moons. 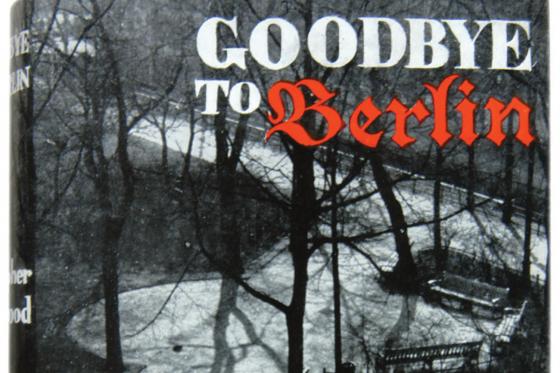 Cabaret: The Evolution from Novel to Play to Musical

A dramaturgical look on how the story of Cabaret came to be.