The opening performance of our National Player’s Tour 71 show Walk Two Moons happened on August 10th! Walk Two Moons follows thirteen year-old Sal’s journey through both space and memory as she embarks on a seven day, 2,000 mile road trip across nine states with her grandparents. The narrative jumps between the present road trip, Sal’s years growing up on a farm in Bybanks, Kentucky, and the most recent year of her life, which she spent in Euclid, Ohio.

Adapted by Tom Arventis, Walk Two Moons is based on the Newbery Medal-Winning novel of the same name by Sharon Creech. Among other sources of inspiration, Creech drew heavily from elements of her childhood. When Creech was twelve, her family took a five-day road trip from Ohio to Idaho along a route not dissimilar from the one Sal takes in Walk Two Moons. The places that are important to Sal were also important to Creech. Here’s a deeper look into two of the key settings in Walk Two Moons.

“I have lived most of my thirteen years in Bybanks, Kentucky, which is not much more than a caboodle of houses roosting in a green spot alongside the Ohio River” – Walk Two Moons, page 1 (novel)

Bybanks isn’t a real place…but it is based on one. Growing up, Creech spent a great deal of time on her cousins’ farm in the unincorporated community of Quincy in Lewis County, Kentucky. She enjoyed her time there so much that she transformed it into the fictive Bybanks.

The real town of Quincy is located northwest of Garrison, southwest of Firebrick, and across the Ohio River from Friendship, which are all comparably sized unincorporated communities. The nearest city is Vanceburg, which is located over ten miles away. At the time Creech wrote Walk Two Moons, Quincy had under two hundred residents. In the last two and a half decades, the community has grown considerably: it is now home to just over one thousand people.

Many of Sal’s fondest childhood memories come from her time in the woods surrounding the farm. Although much of the land has been deforested, the area along the Ohio River where Sal lives is Riparian forest—a fancy way to say “wooded area adjacent to the water.” The most dominant species of trees are silver maple, cottonwood, black willow, and sycamore. Just a handful of the other trees and plants include: slippery elms, river birch, hickories, sweet gum, black walnut, dogwoods, elderberry, and Virginia creeper.

“Tiny, squirt trees. Little birdhouses in a row—and one of those birdhouses was ours. No swimming hole, no barn, no cows, no chickens, no pigs. Instead, a little white house with a miniature patch of green grass in front of it. It wasn’t enough grass to keep a cow alive for five minutes…I looked out the upstairs window down into the backyard. Half of the tiny yard was a cement patio and the other half was another patch of grass that our imaginary cow would devour in two bites. There was a tall wooden fence all around the yard, and to the left and right of our yard were other, identical fenced plots” – Walk Two Moons, page 7 (novel)

Much of the story that Sal recounts to her grandparents is about Phoebe Winterbottom, Sal’s closest friend in Bybanks. When she arrives in Euclid, Sal is eminently aware of how her new home differs from the farm—there’s no watering hole or the space to raise animals, and the green spaces are much farther from her house. Sal’s descriptions of Euclid capture her dissatisfaction, focusing on its suburban conformity and the absence of all that she loved about Bybanks.

Euclid is a real inner ring suburb of Cleveland in Cuyahoga County, Ohio. As of 2010, the city had a population of 48,920. Euclid is bordered by Cleveland, South Euclid, Richmond Heights, Willowick, Wickliffe, and Willoughby Hills. Lake Erie is directly north.

Of interest to Sal would have been Euclid Creek Reservation, which is a part of Euclid and expands through neighboring cities. A city managed park, Euclid Creek is home to wooded hills of rock chestnut oaks, as well as Euclid Creek, a 43-mile stream with headwaters in Willoughby Hills and Beachwood that feeds into Lake Erie. 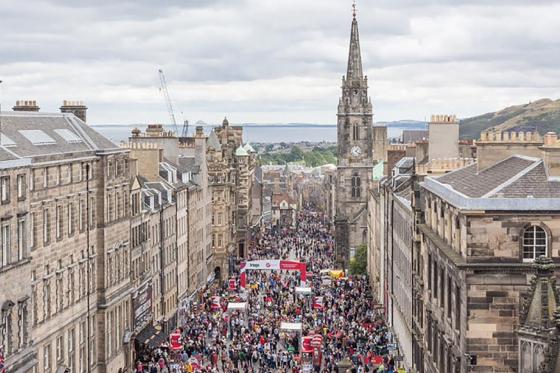 The Edinburgh Fringe Festival is, by far, the largest annual arts celebration on earth. 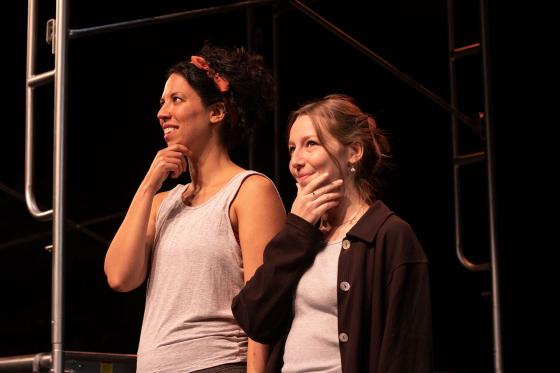 Tour 71 focuses on plays that center around female identifying characters and their journeys of...