We’re just about one week into rehearsal for our next musical, Once. Once follows the relationship between Guy and Girl, two young musicians who are each at a crossroads in their lives when the story begins. Guy lives with his Pa in a vacuum cleaner repair shop. He is an independent musician and frequent busker on Grafton Street, with remarkable musical talents and the ability to capture heartbreak in his songs. But he is just about to give up his music and the exhausting life of busking when he meets Girl— someone who knows how tragic the loss of music in a musician’s life can be.

So what is a busker? Buskers are people that perform in public spaces in order to earn some form of gratuity: money, food, drinks etc; busking has a history that dates back to antiquity and spans the globe. Performance acts can include solo musicians, drum circles, human statues, painters, sculptors, fire jugglers, dancers, opera singers, comedians and more. A truly good busker can earn thousands of euros or dollars in a day. But the days are long; some buskers are out on the streets from 8am to 10pm. Public figures like Robin Williams, Rod Stewart, and Tracy Chapman also started their careers as street performers. Even Benjamin Franklin began as a busker, taking to the streets to share original songs and poems about current events and political situations.

ETYMOLOGY: The term busker comes from the Spanish verb buscar (“to seek”). The verb buscar originated from the word Indo-European word bhudh-skō (“to win” or “to conquer”)

Today, Grafton Street in Dublin, Ireland is particularly known for its street life— cars were banned from the street in 1979 so all traffic is pedestrian. Many successful musicians and other public figures began on the streets, including Glen Hansard, who wrote the music and starred in the movie Once, along with Markéta Irglová. Several other well known musicians got their start as buskers on Grafton Street, including Rodrigo y Gabriela, Damien Rice, and Rod Gab.

Below, watch some of the buskers of Grafton Street (including Glen Hansard, who starred as Guy in the film of Once): 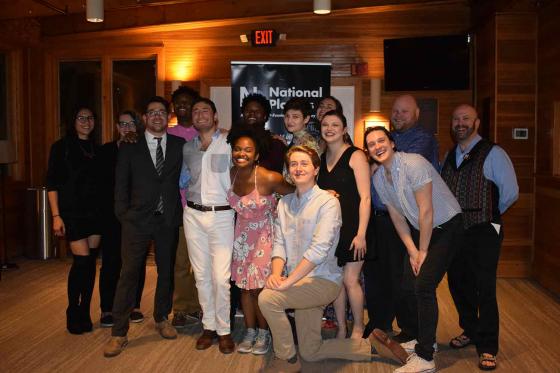 An Interview with Jared Mezzocchi 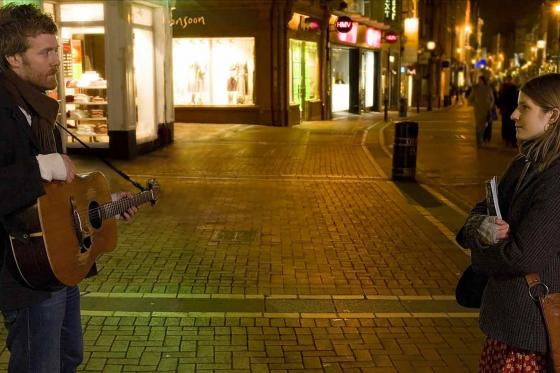 The Making of Once

We have updated our Covid protocols. Masks are required in performance spaces only. You are not required to mask in lobbies or other non-performance spaces. Visit our Health and Safety page for more information.