The Making of Once

The making of Once is the kind of success story that many freelance artists and independent musicians dream of. With next to no budget or time, a small and unlikely team pulled together an honest, intimate story about music, love, and Ireland that the world was apparently ready to hear. But the scale of Once’s success was not anticipated -- in fact, director John Carney saw many challenges during the film’s making. And when it was first being submitted to small film festivals, it received little attention. For a time, it was expected to be sold only as merchandise at concerts for The Frames, costar Glen Hansard’s Irish rock band.

The magic of the movie comes from the music and the chemistry between costars, Glen Hansard and Markéta Irglová, who portray young musicians (Guy and Girl) who are “stopped” in one way or another. The two collaborated to write the music for the film, sometimes finishing songs overnight to be used the following day.

Hansard had been an early collaborator on the project and was responsible for introducing Irglová to Carney, but neither costar was originally expected to be cast. Both had very little acting experience. But when Irglová played piano for Carney at a dinner party, he asked her to audition there on the spot. Once Carney decided she was what he was looking for, it started to become clear to him that the role of Guy (originally intended for the big name Irish actor Cillian Murphy) was meant for Hansard. The musical collaboration and emotional chemistry between Guy and Girl were more important to him than their talents or experience as actors.

Many were concerned when discussions around adapting the movie for the stage began. The brilliance of the movie was considered to be in the intimacy, delicacy, and honesty of the low budget, all natural light filming. To move the story into a grander and theatrical context was difficult to envision for some. Hansard worried this would turn the story into “nonsense.”

When development of the musical began at New York Theatre Workshop, Hansard had a heavy hand in the process. At one point, there was even a hazing of sorts with the co stars of the original Broadway cast, Steve Kazee and Cristin Milioti. He took them and several other musicians to an Irish pub in Manhattan after hours, and they played together until sunrise. He worked extensively with Kazee, encouraging him to busk across the country and holding one on one jam sessions, until he was finally told to leave the rehearsal process. Irglová, in contrast, was very hands off when it came to the musical. Milioti, who did not even see the movie until well after her performance as Girl, met with Irglová one time and hardly discussed the role.

Despite initial concerns, the musical turned out to be a major success, that both honored the original story in many ways, and transformed it in others. It transferred from NYTW to Broadway, where it received 11 Tony Nominations and won 8 of them (in addition to a Drama Desk Award and a Grammy). 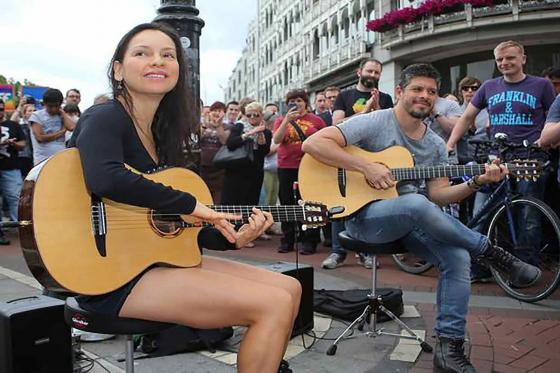 We’re just about one week into rehearsal for our next musical, Once. Once follows... 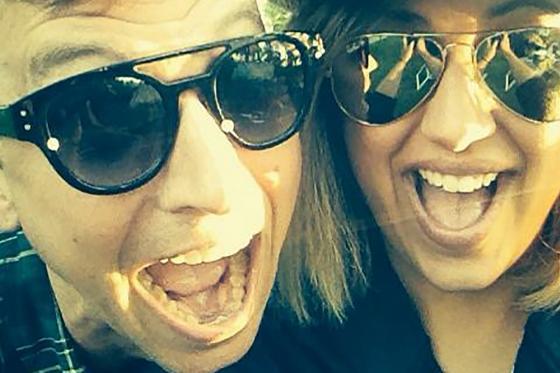 Since the fall of 2017 we have been fortunate enough to have Jenna Duncan as...