A train car full of traveling salesmen laments the state of the business, reserving particular ire for Harold Hill, a con-man ruining their reputation by ripping off small towns (“Rock Island”). A salesman named Charlie jokes that the stubborn Iowans of River City won’t fall for his con, which involves selling the instruments and uniforms for boys’ bands and then skipping town with the cash.

Hill’s arrival in River City is greeted with suspicion (“Iowa Stubborn”). He runs into an old salesman friend named Marcellus, who warns him that a band will be a tough sell to these stubborn folks, especially the town’s music teacher, Marian Paroo, who as the town’s librarian is particularly worldly. Harold uses River City’s new pool table to spin a tale of capital T-“Trouble” in River City (“Trouble”), with his boys’ band the solution.

Hill tries and fails to charm Marian, whose mother Mrs. Paroo worries that her high-mindedness is why she’s alone. Marian’s softer side is reserved for her brother Winthrop, teased for having a lisp, and the other young folks in the town (“Goodnight My Someone”).

Some time later, Mayor Shinn’s Fourth of July celebration gets rudely interrupted by Tommy Dijas, the town troublemaker in love with his daughter Zaneeta. Hill recognizes an opening and entrances the townspeople with his story about the glory of marching bands (“Seventy-Six Trombones”). As Tommy is led away, the Mayor warns him to stay away from his daughter Zaneeta. Hill allies with Tommy.

At the Mayor’s urging, the school board pursues Harold for his credentials. Harold stalls by forming a makeshift barbershop quartet out of them (“Sincere”) and sneaks away to look for Marian at the library, where she continues to refute his charm offensive. Marcellus appears and inquires about Harold settling down in River City, but Harold isn’t interested; he prefers worldly women to the innocents of Iowa (“The Sadder-but-Wiser Girl”).

Hill next allies with the Mayor’s wife, Mrs. Shinn, who is quickly charmed when Harold recruits her to lead a dance group. Mrs. Shinn and her confidantes fill him in on the town gossip (“Pick-a-Little, Talk-a-Little”). The school board arrives again asking for Harold’s credentials, but he is able to distract them once more (“Goodnight Ladies”).

At the library, Harold tries again to get Marian on his side (“Marian the Librarian”). Moving on to the Paroo house, he flatters Mrs. Paroo and convinces her that Winthrop will be a great cornet player. When Marian returns home she tries to convince her mother not to buy from Harold, but Mrs. Paroo signs on the dotted line, reprimanding Marian for not thinking of Harold as a potential love match. Marian explains that she just wants a man who will love her (“My White Knight”).

Marian is about to reveal to the town that she’s got proof Harold is a fraud when everyone is swept away by the arrival of the instruments they ordered (“Wells Fargo Wagon”). Winthrop excitedly speaks up, unashamed of his speech impediment, and tells Marian how happy he is. Grateful for Winthrop’s newfound joy and confidence, Marian destroys the proof of Hill’s malfeasance.

The following evening, the Ladies Auxiliary Committee is practicing their dance routine for the Ice Cream Social. The kids of the town burst in and show off a song and dance that Harold Hill taught them (“Shipoopi”). When Mayor Shinn bursts in and catches Tommy dancing with Zaneeta, he threatens Tommy and commands his barbershop quartet to get credentials from Harold Hill. They corner him, but Hill distracts them yet again (“Lida Rose”).

Marian and her mother sit her on their porch and discuss Marian’s newfound feelings for Harold Hill (“Will I Ever Tell You”) when Winthrop bursts in and sings a song Harold taught him (“Gary, Indiana”). When Charlie, the salesman from the train in “Rock Island” arrives hell-bent on exposing the con, Marian distracts him by flirting. Charlie leaves and Harold Hill shows up to discuss his “Think System” for teaching the band how to play music. They agree to meet each other at the footbridge.

Marcellus meets Harold Hill at the footbridge and tries to convince him to leave town, but Harold needs to see Marian one last time. Marian shows up and they confess their love (“Till There Was You”). Harold tries to reveal the truth of his con, but Marian tells him she already knows and still loves him.

The whole town gathers for the Ice Cream Social when Charlie arrives and reveals Harold Hill as a con-man. They rush off to the town assembly hall to get answers. Harold, with his newfound love for Marian, decides to meet them at the town hall instead of running away.

Shinn and the townspeople are in an uproar and demand their money back. In a climactic speech, Marian fiercely defends him. Though Harold has been lying about knowing how to teach music, he has brought the town together for the first time. Harold then reveals the band, led by Tommy,  and they play terribly. But it doesn’t matter to the townspeople: they only see their children working together onstage. Mayor Shinn shakes Harold’s hand and the whole town cheers (“Finale”). 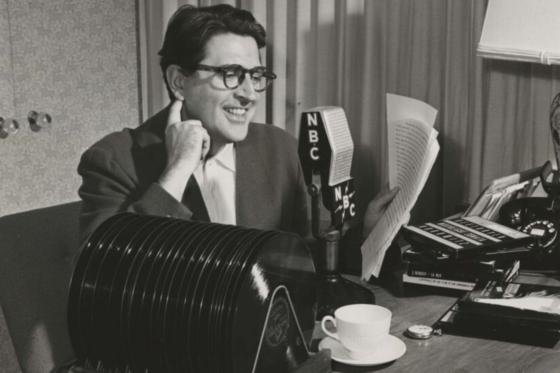 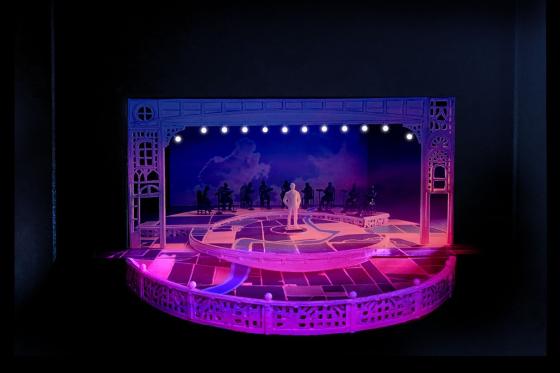 Alissa Klusky: I really appreciate you taking the time to sit down with me to...