A Letter from Jason Loewith

Today, I furloughed more than half my employees. And I’m writing to tell you that It didn’t have to be this way.

As you know, 83-year old OTC is the State Summer Theatre of Maryland. You may not know that we’re the second-largest employer in our part of Montgomery County. In the before-time, we supported hundreds of professionals across four labor unions, with almost 100,000 admissions each year. But this year, for the first time since World War II, all four of our venues on our 14-acre campus – including our outdoor theater – are closed. Starting today, the majority of my employees are joining the ranks of other live entertainment professionals across the country wondering how soon they’ll need to make choices between paying for medical care or paying rent.

With the exception of Paul Morella’s one-man A Christmas Carol (which we hope the County will let us mount for a 25% audience in our Mainstage after Thanksgiving), I announced today that all the shows we’ve previously scheduled have been postponed, with our first show back beginning in April 2021. You’ll be hearing from our team shortly if you’ve already purchased tickets about the new dates. You’ll also be hearing about Signal Boost, a huge new collection of free virtual programming that introduces audiences to voices they’ve rarely heard and need to know.

But it’s a long time until April, and we’ve got work to do. If we’re going to reopen, our State and Local governments need to provide guidance to our industry and make changes to their messaging about the safety of live entertainment. Let me explain.

By late spring, OTC had made serious headway on safety plans to offer live outdoor performances on our campus over the summer. Our hope was to use outdoor performance as a confidence-building “on-ramp” for audiences. But our requests to Montgomery County were rejected - twice - on the grounds that the State had yet to lift its blanket prohibition on live performance.

On August 13, at the urging of our industry and its allies, County Executive Marc Elrich sent a letter to Maryland Governor Larry Hogan asking him to remove that prohibition. He wrote: “Based on current public health data and best practices, we have not seen a clear reason to strictly prohibit live performances rather than establish guidance for safe performances, similar to what has already occurred for athletic activities and personal services that require person-to-person contact.”

Let me be clear: we are extremely fortunate to have received so much support over decades from the County and State. County Executive Elrich was instrumental in Olney Theatre receiving major support for our current capital campaign projects. And promised local and State emergency support will be more than welcome. But that support will be wasted if it’s not accompanied by guidance that demonstrates live performance can be attended safely.

Think about what the public and artists have learned over the past six months:  With adequate precautions, I can sit on an airplane elbow-to-elbow with an infected traveler for six hours and stay healthy. I can get a massage or a tattoo. I can eat at a restaurant, in or out, while my food passes through the hands of multiple restaurant employees. I can go to my church, synagogue, or mosque and sing along with my fellow worshippers. I can visit the tiniest shop or the largest mall, purchasing to my heart’s content. I can attend a motorcycle rally or a protest. But nothing will keep me safe in a theater, no matter the audience size, no matter the venue, no matter how favorable the local health metrics, no matter the safety precautions venues put in place.

That message needs to change. Because the failure to prioritize live entertainment in government safety planning has effectively stigmatized live performance for the foreseeable future. While federal and local governments worked so aggressively, and so quickly, to figure out how every other industry could open slowly and safely, ours was ignored. And if that doesn’t change soon, we’re going to be in deep trouble.

As the County Executive wrote to the Governor, “Montgomery County is home to a vibrant arts community with numerous creative minds proposing ways to host live performances of theater, music, and other activities in a safe and physically distance [sic] manner.”  I need your help to ask the County Executive to let me prove it. Let him know you trust we can do what we exist to do - tell stories in a communal way - without putting you at risk. Let him know he needs to provide us with guidance and a path forward now, so we can be ready come April to welcome you back.

But it is what it is.

I can only advocate for change locally. So:

Tell your County Council and Executive that they must provide us with a path forward, and they must do so right now. Just allow an audience of five people in a five-hundred seat theater today, so we can hope to get to a hundred people by next spring when my colleagues and I now plan to reopen. Because I know, with their help, we can make theatergoing safe again for all of us.

I furloughed more than half my staff today. It didn’t have to be this way.

Show Jason your support with a gift to Olney Onward! 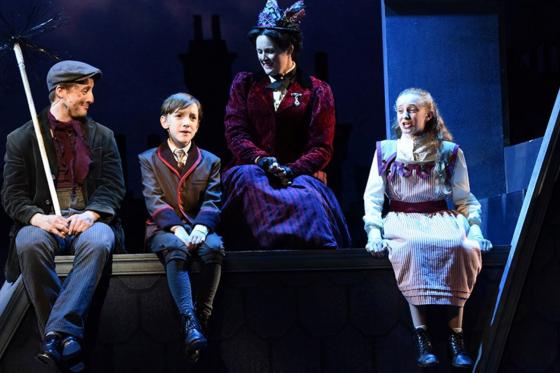 Video of the Week: Feed the Birds

Mary Poppins is back! And she just wants her kids to go to sleep. Patricia... 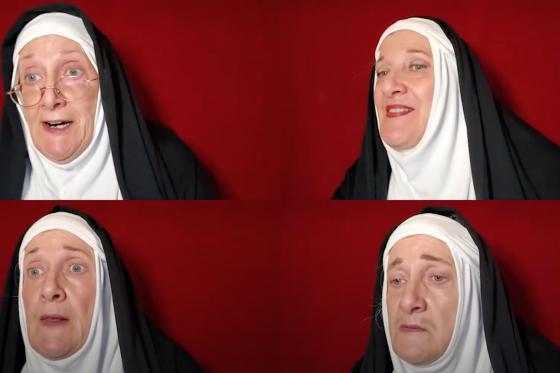