Each season, all 16 apprentices are assigned to be a part of the run crew for at least one production. We run spotlights, serve as stagehands, help with quick changes and wardrobe along with other show-essential positions. This makes a lot of sense for apprentices focusing on carpentry, electrics, costumes, props, sound, and stage management. But just as important, the office apprentices (education, dramaturgy, artistic, marketing and development, company management, and production management) fulfill at least one run crew assignment for a production. As the marketing and development apprentice, I was very fortunate to be assigned to the first production of our 2019-2020 season, Cabaret, as the light board operator. In Cabaret, we had about 370 light cues, give or take a few. Yes, I did press the “go” button that many times. By the end of the run, my fingers were naturally drawn towards the light board before our stage manager, John, could say “Lights 373, Go.”

After seeing Cabaret 40 times, it has become one of my favorite musicals. Even though I want to pursue a career in marketing and development, I have always had an interest in dramaturgy and script analysis. I would never have thought that sitting in the booth, night after night, would give me a chance to indulge in these interests. When you see a show more than once, you start picking up on smaller details that you might have missed the first time. Over the course of the seven-week run, I discovered over thirty moments that led me to appreciate the brilliance of this production more than I ever thought possible. One of the spotlight operators and electrics apprentices, Lelia Vetter, and I would sit for hours some nights, talking about what character developments or staging details we had seen that we had never noticed before.

One such moment takes place during the engagement party in Herr Schultz’s fruit shop at the end of Act One. When Herr Ludwig reveals that he is a member of the Nazi party, Cliff sees the swastika around his arm and immediately starts to regret his close friendship with Ernst. Cliff takes a seat by the audience on-stage seating, takes out a cigarette, ponders over the 75 marks Ernst has just given him in return for a political errand, and puts the money back into Ernst’s pocket. Without having to share a verbal or physical interaction with anyone else on stage, this small silent gesture signifies Cliff’s moral and political values. Another moment in this scene that was eye-catching was the final moment when party goers are singing their political anthem “Tomorrow Belongs to Me”. As the song comes to an end, Sally starts peeling an orange in front of where Herr Schultz is standing. In our Facebook Live stream, Alexandra Silber recalls that this was a moment she had planned and created, as it is a symbol of an ignorant bystander eating away at the lives of Jewish people, such as Herr Schultz. The last moment in this scene that haunted me is a detail I hadn’t noticed until a week before closing. Kathryn Burke, the other spotlight operator and electrics apprentice, pointed out that in the last few seconds of Act One, ensemble members Connor James Reilly and Ben Gunderson are pointing to a bathroom off stage. Right before the lights go out on the party, Ben slowly turns his point into a heil. While the Jewish members and people of color stand on the outside of the party circle, the others have completely turned the jovial room into a political nightmare. Even though the dialogue provides the main action within this scene, the background moments help provide color and depth that I started to further appreciate each time I watched it.

I am unbelievably proud that I could play a small part in this production because of how timely it is in today’s political climate. It is a show that when you leave the theatre, you aren’t necessarily left with a sense of happiness, but rather with a call to action. The two lines that resonate the most with me are in a conversation between Sally and Cliff. Sally asks the question: “What’s politics got to do with us?” and Cliff responds with “if you are not against all of this, you are for it.” Hearing this exchange over and over again was a chance to reflect on my own values and ways that I react to what is happening in the world around me. I’ve started reading the news on my phone every morning, which is something I have not done since my senior year of high school.

Over the past two months, I found that I learned so much more than I expected to going into this process. I will miss seeing the members of the cast and crew in the green room before the show and during intermission, along with the sense of camaraderie that comes with doing a production together over a long period of time. My apprenticeship at Olney has taught me many things so far, but the one thing that I will definitely take away is that you can learn from everyone and everything around you.

And yes, John, whenever I start to miss this experience, I would love for you to come into the office and yell “go” in my ear. 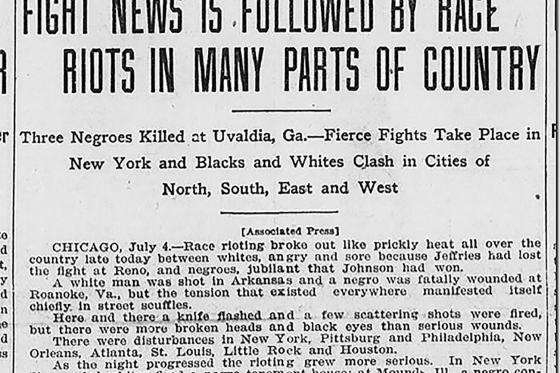 Though Johnson’s victory elated his mostly African-American fans, the cost of his triumph quickly became... 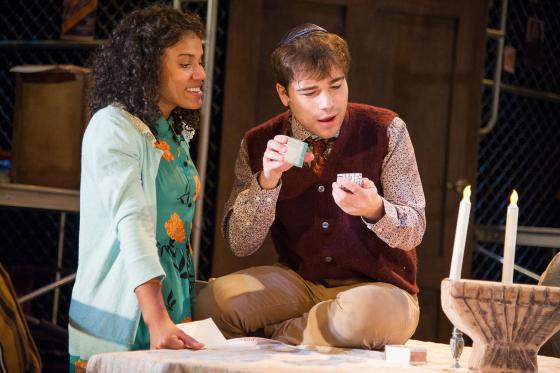 John describes what it is like performing three shows in repertoire, and what roles he...