How OTC's Staff is Staying at Home

For this month’s all staff question, we checked in with everyone to see what they’ve been reading, watching, and listening to while social distancing. Below are their favorites and recommendations.

I have been reading The Paris Wife and watching Miracle Workers starring an incredible ensemble cast that features Daniel Radcliffe.

I love true crime, so when my friend introduced me to this podcast a few months ago I was hooked. I've been listening to it every day while I draw or go for walks.

Each episode the hosts Karen and Georgia discuss murder cases in an unfiltered, humorous (yet respectful) way. The cases range from contemporary to historical, famous to obscure. Their rapport is hilarious and addictive. They make me feel a little less weird for being fascinated with crime (or a 'murderino' as fans of the podcast have dubbed themselves).

As COVID-19 was bearing down on us, and I realized I'd finished the two books I had already checked out from the library, I looked at my bookshelf to see if there was anything I hadn't read that would take me through a few weeks of quarantine. I chose my Jane Austen collection, as I still had four out of the seven novels to read. (Well, technically three as I read Emma in high school, but I didn't like it then and wanted to give it another try. It was better this time around). I've gone through Mansfield Park, Emma, and Persuasion. I'm taking a break by rereading The Night Circus by Erin Morgenstern before tackling Lady Susan. After that, I might try Northanger Abbey again, or I'll reread The Book Thief by Markus Zusak. My friend finally gave it back before quarantine after borrowing it for three years.

Schitt's Creek — binged all 6 seasons! Loved it so much. Will probably watch again.

Ozark (although I had to stop after season 2 and take a break-- too intense! but coming back to it soon)

Re-watched the first season of Dead to Me. Season 2 premiered on May 8th.

Re-watching The Office, Parks and Recreation, and the Simpsons (b/c my kids have been watching those shows non stop!)

So much Dimension 20! Which is featured in another blog post. A lot of the apprentices are really into Dungeons and Dragons and have a weekly game that we play together. They got me hooked on actual-play DnD shows and I am currently watching College Humor's Dimension 20. I am also listening to Not Another DnD Podcast.

Staying in with Emily and Kumail - I've really loved taking walks listening to this podcast featuring Emily V. Gordon and Kumail Nanjiani, the couple behind The Big Sick, "The Meltdown" comedy show and much more. It's a combination of coping strategies for what they're calling "The Weirds," funny anecdotes and pop-culture recommendations. It's like hanging out with a really nice, funny, grounded couple. All ad revenue gets donated to charities responding to COVID-19.

NPR's Tiny Desk Concerts posted a "home" concert by Rodrigo y Gabriela and now they're the only thing I can listen to when I'm working. When I'm washing dishes (with two teenagers in the house, we have a lot to do) I've been listening to Fiona Apple's Fetch the Bolt Cutters and 90s indie-rock band Superchunk's acoustic recent re-recording of their 1994 album Foolish.

I've read a bunch of books. Everything from an awesome, fourth-wall shattering mystery The Word is Murder by Anthony Horowitz (creator of the BBC's Foyle’s War), to Bernadine Evaristo's novel Girl, Woman, Other about generations of Afro-British women that spans about 100 years. Also loved Anna Wiener's memoir of her time in the tech-startup trenches Uncanny Valley, and Julia Phillip's debut novel Disappearing Earth, a series of interconnected stories set on the Kamchatka Peninsula off Russia's Pacific Coast.

Listening to Amy Andrews! A wonderful Singer/Songwriter from Baltimore and a fellow alumna of my undergrad. Reading Stay Sexy and Don’t Get Murdered by Karen Kilgariff and Georgia Hardstark

I have been loving watching old Ken Burns documentaries. The War is especially poignant, but Baseball is also amazing.

Other than that, I have been trying to catch up on my TBR pile of library books and just finished Red White and Royal Blue, a really interesting romance between the Prince of Wales and the son of the first female President of the US.

To really escape, I’ve returned to Tennyson’s Idylls of the King.

My constant book recommendation is The Kingkiller Chronicles by Patrick Rothfuss. The first book in the series is The Name of the Wind. It’s perfect if you love big, thick fantasy books. I’ve also been finishing up the Song of Fire and Ice (aka Game of Thrones) series and rediscovering some of my favorite classics including A Tale of Two Cities, Anna Karenina, and Jane Eyre. For podcasts, I’m working through all 500+ episodes of my favorite podcast My Brother, My Brother and Me. It’s a silly, mock-advice show featuring the McElroy Brothers.

We are obsessed with Schitt's Creek, and in the middle of season four. I've decided I want to be David when I grow up. We also watched Unorthodox, which was easily one of the most moving series I've seen on television in a long time. Both on Netflix.

I pretty much read three or four books a week, so it's hard to pick out good ones (or even remember them), but I read two great books about escape last week, which is a timely theme:

The Girl with Seven Names by Hyeon-Seo Lee, about her escape from North Korea

And Then There Were None by Agatha Christie, really one of her best books, about ten people brought to an island and, well, I can't spoil it.

Honorable mentions from the past few weeks:

Cutting for Stone by Abraham Verghese, about two Ob-Gyn doctors in Addis Ababa in the 70s, and the twins they raise - really engrossing

Washington Black by Esi Edugyan, about a 12-year old slave on a cruel Barbados plantation who becomes a partner of sorts to the owner's naturalist brother

If you haven't found him already, look for Patrick Stewart on Facebook, where he reads a sonnet each day. Poetry, grace, that elegant voice and the warm smile of Patrick Stewart. Oh, and Shakespeare. It's how I end most days.

I'm streaming What We Do in the Shadows for a total escape, though we're all caught up and waiting for a new episode to drop. It's ridiculous and fun. And it fits a new rule I've decided on: If Taika Waititi is in, so am I. He's marvelous. (His Hunt for the Wilderpeople is streaming on Hulu. Sam Neill and a remarkable young actor named Julian Dennison are terrific together. Funny, sad, thrilling -- all the feels.)

I've started re-reading, after ages, Love in the Time of Cholera. It just felt like the right time. The prose is gorgeous and, just 20 or so pages in, I'm remembering what it feels like to escape into a book.

Lastly, I've purchased the movie Emma moito stream any ol' time I like. There are few things a good dose of Jane Austen can't cure and this version is delightful and even surprising, which is saying something, given the number of times the novel has been adapted for film and tv.

I am currently reading Stephen King's It for the first time. Having seen both the 90s miniseries and the recent film versions - and having found the parts when they're adults way less scary than the parts when they're kids - I'm interested in how the book might do a better job of making both pieces of the story frightening. While I'm enjoying it, I am finding that King really wants you to know the entire backstory of every person who comes in contact with one of the main characters (I'm 200 pages in and Pennywise has only made one substantial appearance!)

I am shockingly uncultured when it comes to television (except for “The Bachelor”, but that's a different story). I mostly read instead, and quarantine has given me some extra free time to do that. I mostly follow Reese's Book Club recommendations on instagram, so I've 6 books so far this year and they're all pretty lady-forward. 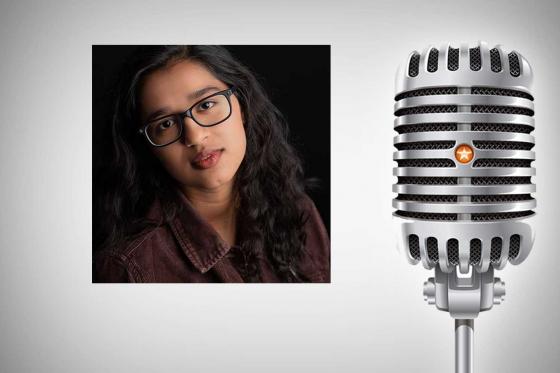 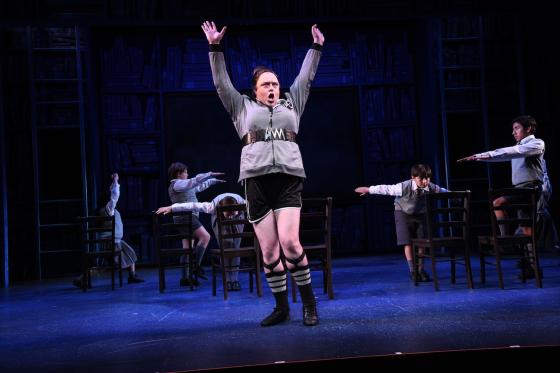 Video of the Week: Matilda the Musical

"The Smell of Rebellion" is in the air! For flustered and exhausted parents sharing their...