The Amateurs is set amid the 14th-Century plague known as the Black Death. Also called the Bubonic Plague, the disease arrived in Europe in the fall of 1347 when ships from the Black Sea docked at the Sicilian port of Messina. Most of the sailors aboard were already dead and those still alive were covered in egg-shaped black boils. This epidemic of bubonic plague caused by the bacterium Yersinia pestis began sometime in the 1330s, most likely originating near Mongolia. By the mid-1340s it had already struck China, India, Persia, Syria, and Egypt.

There are three main types of the plague—bubonic, pneumonic, and septicemic— but the most common was bubonic, which attached the lymphatic system and resulted in painful boils, called buboes, in the armpits or groin. These swellings were usually the first symptom of the bubonic plague. Other symptoms include fever, chills, vomiting, diarrhea, and terrible aches and pains. Eighty percent of those who contracted the plague died—usually within days of the appearance of first symptoms. The increased mobility of the Medieval world meant that the disease spread rapidly from port to port. After it arrived in Messina, it moved to ports in France and North Africa. It also traveled along inland trade routes and by 1348, the Black Death had spread across Europe to cities like Paris, Bordeaux, Lyon, and London. Historians estimate that between one-third and one-half of Europe’s population died during the plague. The first outbreak ended soon after 1350 but continued to reemerge every few generations for hundreds of years.

At the time, no one knew how the disease spread or how to prevent and treat it. Chronicler Giovanni Boccaccio wrote, “The mere touching of the clothes appeared to itself to communicate the malady to the toucher.” At the beginning of the outbreak, doctors relied on techniques like bloodletting or boil-lancing, which were themselves dangerous and unsanitary. Some turned to superstitious practices like burning herbs and bathing in rosewater or vinegar. When these methods proved ineffective and doctors themselves began to get sick, victims of the plague were entirely defenseless. Doctors refused to see patients, the clergy stopped taking in the sick, priests refused to administer last rites, and many people abandoned their sick and dying loved ones. Boccaccio writes that “brother was forsaken by brother nephew by uncle, brother by sister, and oftentimes husband by wife: nay, what is more, and scarcely to be believed, fathers and mothers were found to abandon their own children, untended, unvisited, to their fate, as if they had been strangers.”

In 1348, French King Philip VI appointed 49 medical experts to The Pairs Consilium with hopes they could explain The Black Death. The group suggested that the plague arose because earthquakes and storms had upset the natural balance and were creating noxious fumes (or miasmas) that corrupted the body. To combat these miasmas, people burned fires on street corners or burned herbs, carried around packets of herbs in their pockets, and tried to prevent wind from coming into their homes. Even the Pope sat between two large fires.

Underlying all of these treatments was the Medieval Christian belief that disease was a divine punishment. Communities attempted to appease God by praying, making pilgrimages, and holding ritual processions. The most extreme group that rose from this belief was The Brotherhood of the Flagellants. The movement reached its peak in 1348 as the plague spread to every corner of Europe. These religious zealots hope to atone for sins by whipping themselves with scourges in public displays. Crowds gathered to watch while singing hymns and praying for forgiveness. The group was also extremely anti-Semitic and blamed the plague on Jewish people.

Flagellants were not the only group who blamed Jews for the Black Death. Many people believed the plague was a Jewish conspiracy to poison Europe. Rumor spread that Jewish leaders in Chambéry, Savoy had dispatched Jewish people all over Europe to poison the wells. Although Jewish people were also dying of the plague, thousands of Jews were massacred and communities were wiped out across Europe. A 2017 study of mass persecution during the Black Death found that at least 53 separate pogroms against Jewish communities took place across Europe in just two years between 1348 and 1350.

As the first outbreak of the plague came to an end, the world began to look much different to the survivors. The apocalyptic years were filled with uncertainty and so far as the Medieval people were concerned, everyone might die. If the disaster was replicated on a modern, global scale, more than two billion people would be gone.

Survivors of the plague were preoccupied with death and the afterlife. In art, images like the Danse Macabre and cadaver tombs represented the non-discriminatory nature of death. In the fifteenth-century, the Ars Moriendi (art of dying) emerged as a part of the Church’s program to provide practical guidance for the dying and those attending them. These writings helped inform people about what to expect and suggested prayers, actions, and attitudes that would ease the process and lead to salvation.

The dramatic loss in population caused the demand for labor to rise, so peasants could now demand better salaries and working conditions. Before the plague, families were legally bound to their lord, but the desperate need for labor after the plague meant that peasants could move between lands and leave if working conditions were bad. Additionally, wages rose as lords needed to encourage peasants to stay.

Already surrounded by controversy because of the Western Schism, the Christian Church faced increased doubt from the laity. Throughout the Middle Ages, the Church was the only major unifying entity in Europe and held incredible cultural and political power. However, when people turned to the church for answers in the midst of the Black Death, the Church was powerless to stop the devastation. The arbitrariness of the plague overwhelmed the Church’s explanations of divine punishment: blind adherence to Christian doctrine could not save one from disease. As Europeans became disillusioned with the Church’s explanations, they sought other answers for human suffering and loss. This, in part, led to the Renaissance and the rise of humanism across Europe. 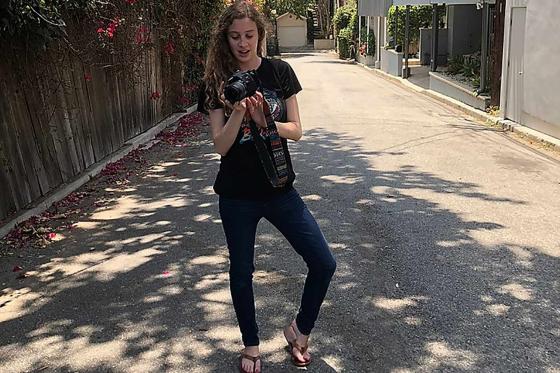 This is a new position here at Olney Theatre, and I am honored to be the...

Jason Loewith makes the unique and sometimes risky choice to include his personal email address...