Thanks to an endowment gift from the Eugene B. Casey Foundation, Olney Theatre Center launched its Vanguard Arts Fund to support collaboratively-developed new works. Starting this season, the Fund will support an annual series of developmental workshops that push the boundaries of the theater form and bring together exceptional artists from around the region and around the world. AD 16 was the first of three workshops to be held at Olney Theatre during the 2019-20 season. Since these workshops are pure artistic research and development, there is no performance for the general public. Dramaturgy Apprentice Sarah Kiker takes you inside the process.

For a week in November, composer Cinco Paul, playwright Bekah Brunstetter, and director Stephen Brackett brought their new musical, AD 16 to Olney Theatre Center for a workshop. A workshop is an opportunity for artists to hear their work performed without the aspects of a full production like costumes, sets, and choreography.

Putting a new work in the hands of actors gives the creators a chance to better understand their work so they can clarify and improve the overall story. The script and score are malleable and changes are made from the first day. Sometimes those changes are small: a word tweaked here or there or a line of dialogue moved. The rest are larger edits like cutting a scene, changing a character, or writing a whole new song.

AD 16  is the story of 16-year-old Mary Magdalene falling in love with and teenage Jesus. It’s a comedic, coming of age story that features an R&B score. Cinco and Bekah began writing the musical in 2016 and previously worked with Stephen to stage a reading and a concert before bringing their musical Olney. The workshop began on Monday, November 18th and culminated in a show-and-tell on Saturday, November 23rd. The following is a day by day break down of the week.

Day 1 - Actors learned the score by working through each song with Olney’s music director, Chris Youstra. Everything the actors are learning is subject to change, but the goal is to allow the creators to hear the musical all the way through. Actors sit or stand in a semicircle with a music stand in front of them and the script and score in a big black binder. Occasionally, Bekah or Cinco will step in to make adjustments.

Day 2 - About halfway through the day, the cast performs a stumble-through of the whole musical. A stumble-through is the very first run-through of a show without stopping and is the first opportunity Bekah, Cinco, and Stephen have to hear the show in full. After the run-through, Cinco and Bekah begin writing and rewriting parts of the show.

Day 3 - At the beginning of the day, Bekah brings new pages and a new ending to Act 1. Cinco brings a new song. Stephen spends the day working through the show page by page with the cast. At the end of the day, he sits down with 2-3 of the main actors to work through a few scenes and discuss the characters. Cinco and Bekah come in and out of the room, but spend most of the day writing.

Day 4 - Stephen and the actors finish working through the script. By the afternoon, the cast runs through the entire show again including the new changes. In the evening, Bekah, Cinco, Stephen and OTC Artistic Director Jason Loewith meet with various religious leaders of the Olney community to discuss the themes and impact of this story.

Day 5 - Bekah and Cinco arrive with more changes and continue to refine the script throughout the day. Two new musicians joined the workshop—a bassist and a drummer. The day consists of a start-and-stop work-through of the new script as final preparation for the show-and-tell the next day.

Day 6 -  The cast and creators spend the morning making final adjustments before the show-and-tell begins at 2 p.m. At the show-and-tell, the cast performs the musical for a small audience to exhibit their new work for the first time. After the performance, Cinco, Bekah, and Stephen continue to discuss the insight the workshop gave them and look forward to the next step in the process. 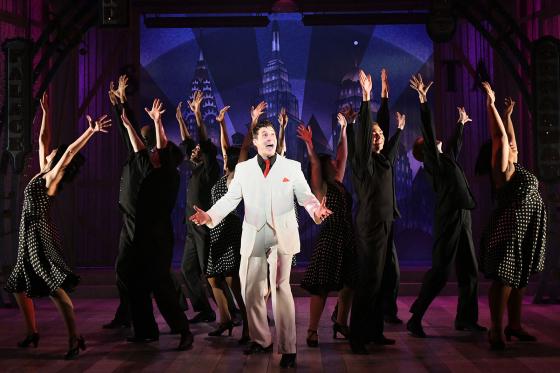 Singin' in the Rain: By the Numbers

Check out some of the numbers that revolve around Singin’ in the Rain. 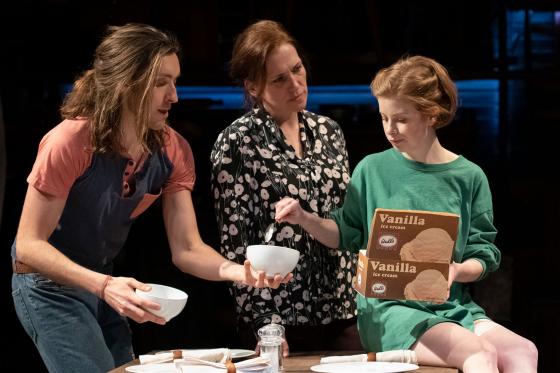 What is your favorite Thanksgiving tradition?