Let me tell you about a character named Taco.

Taco had a pretty good life. He hung out all day at the restaurant with his best friend, Cheeseburger, cracked jokes, talked sports, and thought that life was pretty safe—until one day when someone entered the restaurant, aptly named “Taco ‘Bout Cheeseburger,” and ordered a taco to go. Like any best friend, Cheeseburger leapt into action, risking his own safety to save Taco from the gruesome fate of mechanical and chemical digestion. Car chases, wise cracks, and, yes, talking food: these are just a few of the elements of why I love the play, “Taco and Cheeseburger.”

You probably haven’t heard about “Taco and Cheeseburger.” That’s because it was written by six fifth-grade students at Greenwood Elementary in Brookeville, Maryland, as part of Olney Theatre Center’s Our Play program. This play was one of 69 plays that were collaboratively written, designed, directed, and performed here at Olney Theatre Center by local fifth-grade students, with the help of OTC teaching artists.

Fifth graders have an amazing ear for dialogue, and they create bold characters that older playwrights often shy away from writing. Additionally, as these young artists collaborate with their peers, they create even more compelling worlds, stories, and dialogue. It’s awesome to read their scripts and watch them perform their plays on the Historic Stage every year. But Taco and Cheeseburger’s story didn’t end on the Historic.

This summer as part of our annual SummerFest, the members of National Players read a dozen plays from the 2017-18 crop of Our Play scripts, including “Taco and Cheeseburger.” In attendance that day for Declan Rooney, the young artist who created the role of Taco. Here’s a picture of Declan with Alanna McNaughton, the Player who got to perform the role of Taco for the SummerFest crowd: 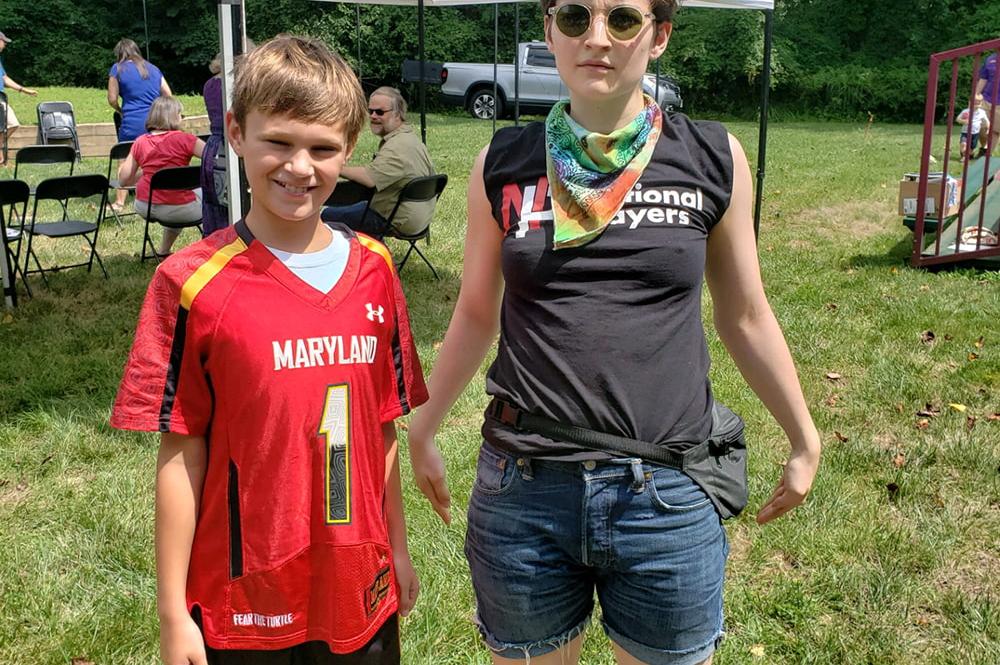