SIngin' In The Rain and the Movie Musical

As talkies rapidly replaced silent movies from 1927 - 1930, movie musicals immediately became one of the most popular film genres. The first talkie The Jazz Singer (1927) is arguably the first movie musical. Early musical films simplified the transition from silent to talking films by utilizing sound in a familiar way. They imitated stage musicals and vaudeville, meaning limited camera movement and musicals numbers not connected through a story. One of the most memorable films from this early period was Broadway Melody (1929) which won the Academy Award for best picture. However, audiences quickly began to expect more, which drove further technological and structural change.

For example, Busby Berkeley innovated a way to set cameras in motion while recording. Moving in tandem with the performers, cameras became a part of the choreography. Berkeley used this technology for the first time in his movie musical 42nd Street (1933) which featured several unique camera perspectives. Additionally, musicals of the late ‘30s and early ‘40s such as The Wizard of Oz (1939), Babes on Broadway (1941), and Meet Me in St. Louis (1944) tended toward a firmer unification of plot and music.

After WWII, a renewed interest in fun diversions brought the movie musical to its golden age. The classical musicals of the era depicted a kind of utopia where complex or unpleasant emotion could be expressed in a vivid, physical way. Film’s new competition, television, encouraged studios to invest in larger-than-life productions and big stars. Some of the most popular musicals of this era include White Christmas (1954), Guys and Dolls (1955), An American in Paris (1951), Show Boat (1951), The King and I (1956), The Band Wagon (1953), and Gentlemen Prefer Blondes (1953).

Released in 1952, Singin’ in the Rain exemplified the tone and characteristics of the movie musical era. The movie was produced by Arthur Freed under his unit at MGM. This unit, nicknamed the Freed Unit, created many of the most popular musicals of the era. Arthur Freed began his work with MGM as a lyricist in 1928 and in 1939 associate produced The Wizard of Oz. His first big success as a lead producer was with Meet Me in St. Louis in 1944. This film was the first of what would come to be recognized as Freed’s brand: big-budget musicals with songs and production numbers incorporated into the narrative. Freed focused on “organic integration” of musical numbers, which allowed the characters to express an emotion or move the plot forward through song and dance. Throughout his years at MGM, his unit featured a collection of talented cast and crew members. This included people such as directors Vincente Minnelli and Stanley Donen, actors Fred Astaire, Gene Kelly, and Judy Garland, and writers Adolph Green and Betty Comden.

The singers, actors, and dancers who starred in these musicals also grew in popularity. Among them was the director and star of Singin’ in the Rain, Gene Kelly. Known for his dance, which combined elements of ballet, modern dance, and vaudeville-style hoofing, Kelly was a key figure in the movie musical era. After seeing the young dancer perform in New York, movie producer David O. Selznick brought Kelly to Hollywood. His first film appearance was opposite Judy Garland in For Me and My Gal (1942). In the film Cover Girl (1944), Kelly showed an increased interest in filmmaking with his “Alter Ego” number that included special camera work devised by himself and his assistant choreographer Stanley Donen. Kelly’s involvement in Singin’ in the Rain shifted the core focus of the film to dance. While filming the title number Kelly had a 103°F fever. Kelly’s wife, Patricia Ward Kelly said that between takes Kelly “would come outside... into the daylight and just lie in the sunlight and just kind of bake this fever out of him, and go back in and start over again.”

Initially, Singin’ in the Rain received less critical acclaim than previous MGM musicals. Time said it was “without much warmth or wit” and Newsweek called the movie “sluggish.” However, the film is listed as one of the best films of 1952 by the National Board of Review and Films in Review. It was also the number one money-making film in April 1952 and was nominated for Best Writing in an American Musical from WGA. It frequently makes lists like the American Film Institute's “The 100 Greatest American Films of All Time,” where it is ranked fifth.

After the 50s, musicals began to decline. A gap widened between the music used in musicals and popular music of the time, namely, rock ‘n’ roll. Additionally, musicals no longer appealed to baby boomers entering their teenage years, who now accounted for the majority of the commercial film audience. As a result, fewer movie musicals were produced as the years went by. In 1943, Hollywood studios released 65 musicals, but by 1953 the number was down to 38 and in 1963, there were 4. Still, many successful musicals were produced during this time including West Side Story (1961), My Fair Lady (1964), The Sound of Music (1965), Camelot (1967), and Hello, Dolly! (1969). In the 21st century, movie musicals are far less common, but the recent success of made-for-movie musicals like La La Land (2016) and The Greatest Showman (2017) prove that the genre is still very much relevant to film today. 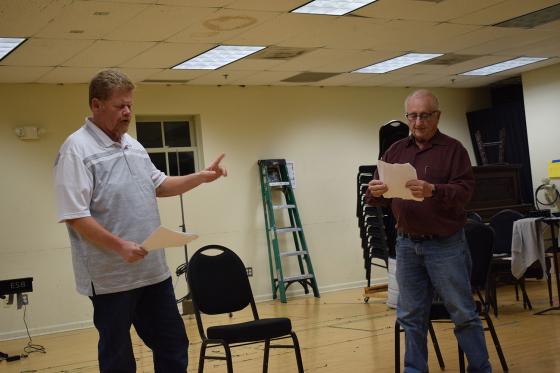 An Inside Look At Adult Education Classes

Theatre education is invaluable. Read about the curriculum and impact of our Adult Education Classes 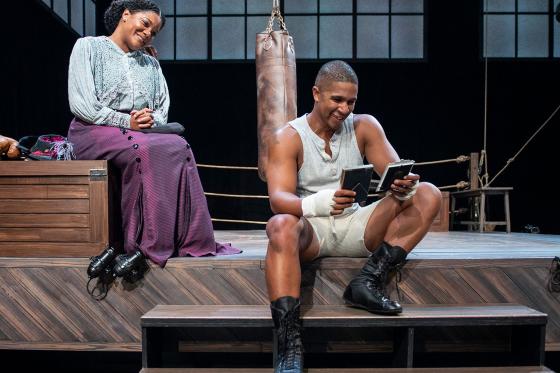 Lolita Marie talks speaks her preparation for the role and the impact this story on...