Roald Dahl’s Matilda the Musical starts previews tonight and opens in less than a week on Thursday, June 27th! Before audiences see the magic on stage, it is important to honor the people who work behind-the-scenes. Therefore, this week we are highlighting Josiane Jones, Director of Production, on the blog. Josiane has both stage managed and overseen many productions in her time at Olney Theatre Center. She is an integral part of ensuring that the technical elements run smoothly throughout the production process.

Oversees the technical elements of the production. The most important part of the job is making sure there are open lines of communication and that the different departments and designers are all talking to each other.

What does a typical work day look like for you?

What was your career path like up until this point? How did you get to Olney?

I have a long history with Olney Theatre Center. I saw shows here when I was a kid. In fact, my grandma was a volunteer here and would come and take notes for Jack Going when he was directing. Later on in life, Jason [King Jones] and I were living in New Jersey and we decided that grad school was the next step for him, so we moved to Boston. Then, Jim Petosa, who was a former artistic director here, needed a stage manager for his production of Dinner with Friends and asked me if I wanted to do it. So I came down here with my two year old daughter and stage managed for Jim.

(Fun fact: Josiane and her daughter, Gwendolyn, actually lived in Crawford House, which presently is the Administration building and one of the residences of OTC’s apprentices and guest artists)

And then Jim brought me back for another show that he directed - Opus - and that fall, I started being one of the regular stage managers here. After grad school, there was an opening for Artistic Director of National Players and Jason got the job so we moved back here permanently. In 2016, when the associate production manager/company manager position opened up, I applied and got the job. We knew that Dennis Blackledge, who was Director of Production at the time, would be stepping down in a few seasons, so I knew then I would be the next Director of Production.

What has been your favorite show you have worked on at OTC?

One of the best experiences from the show itself to the creatives involved was a production we did in the Mulitz-Gudelsky Theatre Lab called Colossal by Andrew Hinderaker. Out of the dozens of shows I have stage managed, it was my favorite one of my career just because it was such an amazing piece and the people I was working with were amazing. Being pregnant (with her son, Elliot) and climbing up in the Mulitz-Gudelsky Theatre Lab booth was funny. We would do a fight call before every show and Gwendolyn was often with me. Since the language was very strong in the show, so they would do a PG version of fight call when she was there.

What is the most rewarding thing about working at OTC?

My favorite thing about OTC is the people. The Production Office is my favorite place on campus because production staff will come sit down and visit.

(Bonus fun fact: Josiane loves to garden. Currently, her garden is an explosion of color and her favorite plant is called Toad Lily). 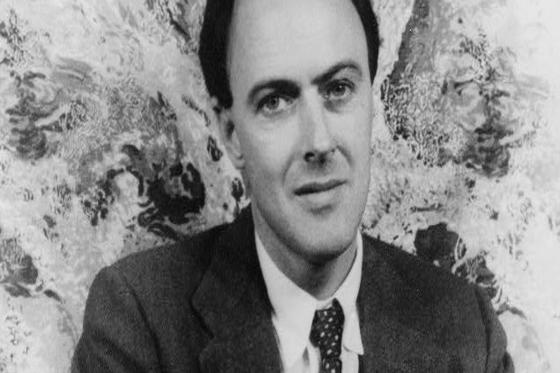 Who was Roald Dahl?

More than a children's author... 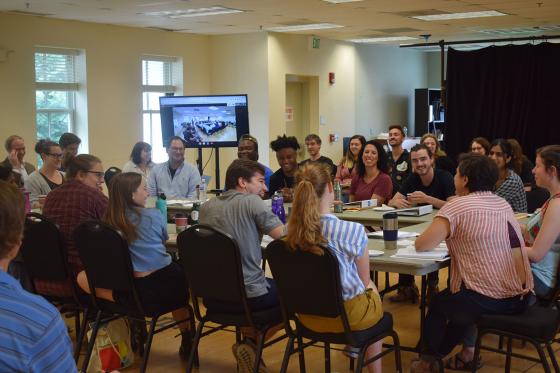 The National Players moved on to campus this week and rehearsals for Tour 71 have...