Jordan Harrison is a Pulitzer Prize nominated playwright. In 2015, he was nominated for his play Marjorie Prime, which premiered at the Mark Taper Forum and ran at Playwrights Horizon. The play was adapted to film in 2017 and premiered at the Sundance Film Festival. His other work includes Maple and Vine, The Grown-Up, Doris to Darlene, a cautionary tale, and Log Cabin among many others. Harrison received his BFA from Stanford University and an MFA in playwriting from Brown University, where he studied under Paula Vogel (How I Learned to Drive). Harrison has also written and produced for the Netflix original series “Orange is the New Black.”

The originating idea for The Amateurs was the “flicker of humanism” that emerged in the Late Middle Ages. Before the Renaissance, theatre focused on retelling Biblical stories. Medieval guild members and amateur actors put on plays like The Fall of Man, Cain and Abel, and The Raising of Lazarus to familiarize the illiterate public with scripture and reinforce Christian themes. In one of the plays—Noah’s Flood—Harrison found something different. In an interview with Slant Magazine, Harrison explains that there is a moment where Noah’s Wife “behaves in this unexplainable and, I think, mainly unmotivated way. She refuses to get on the ark.” Noah’s Wife’s refusal isn’t in the Bible, and Harrison sees the inclusion of this moment as a more realistic, more empathetic version of the story. Harrison says, “I felt interested in that in the same way that I’m interested in looking at a Giotto fresco and seeing this thaw from a world in which only God matters to a world in which human beings had choices… What was it about experiencing the Black Death that made humans more interested in humans?”

In the second act of The Amateurs, Harrison leaves behind the 14th century to consider the themes and ideas of the play from a more timeless perspective. When asked about the structure of the play, Harrison said,  “I really did get to the end of act one, and it was going as I wanted it to go, but I had this impulse to get extremely frank and to hew out the subtext—to write about my own engagement with the play. Because there was a very real plague in my lifetime.”

Harrison relates the themes to his own experience as a gay man growing up in the wake of the 1980s AIDS Crisis. In the Slant interview, he describes his interaction with AIDS related art:

“I was 15 or 16 when Angels in America came out and that was one of the most indelible play going experiences I had as a young person... It’s true that many generations have different responses to a crisis. You have The Normal Heart as one of the great first plays [to address the AIDS crisis], and then you have Angels, which introduces a little more magic and explodes the representation of that outwards. Now here I am many generations beyond. I will let other people say how I fit into that. But admittedly, as we get further and further from a tragedy or a crisis we respond to it as artists in different ways. I probably finished the first draft of The Amateurs in 2014 and there’s a crisis of another sort that has come along since then. So there’s ways in which 2017 and 2018 vibrates with the play in ways that I maybe can’t even control.” 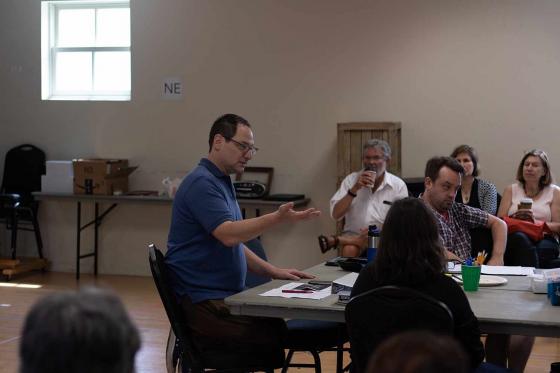 Jason Loewith makes the unique and sometimes risky choice to include his personal email address... 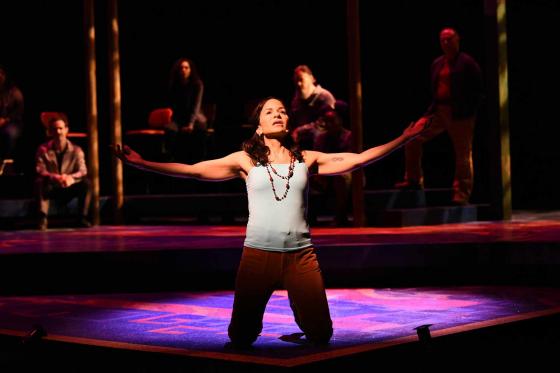