The Man, The Myth, The Legend: Weldon Brown

If you’ve been a patron of the Olney Theatre Center for a few years, then it’s very likely that you know the one and only Weldon Brown. Weldon is our Director of Sales, and our longest tenured employee, having started in 1996!

I was fortunate enough to grab Weldon away from his very busy schedule for a chat about his time here.

What was the path that led you to Olney Theatre Center?

Following that, their next production they needed someone to work backstage, so I worked backstage.

I did various things for different shows, and then when that season ended, because I had some retail experience, they wondered during my down time, could I work in the box office. So I worked in the box office as an associate during the down time.

How did you go from that to being Director of Sales?

At that time, we only had one theatre and we only did six shows a year so everybody did double duty. While working in the box office, basically there was a need at that time for an Assistant Box Office Manager so I became that after about a year or so.

And then there was a need for a Box Office Manager because that manager left, and I became the Box Office Manager. At that time, we really didn’t have a Patron Services Manager so we were looking at different ways that we could make sure Front of House was being covered and since I was there every day, I basically became Patron Services Manager because I would book the House Managers and, oh I would even House Manage sometimes.

During all of that, I also did group sales and memberships. So eventually as the theatre grew, they needed that position to be more full time. So I was removed from the box office and brought to the Crawford House to take on the role as Sales Director. I still oversaw everything but at that point we did get a Box Office Manager, and we did eventually get a Patron Services Manager.

What’s been the biggest change since you first started at OTC?

I think the dynamic of the Olney area has grown by leaps and bounds since I first came. When I first came, Good Counsel wasn’t across the street, there was just forest. Good Counsel got built, a lot of other houses got built… I would almost say it’s pretty much tripled in population. 80% of what we do, the people we serve, are Montgomery County residents. Montgomery County as a whole has grown over these years. That’s basically what I think is the biggest change.

As well as OTC,  the theatre lab was built and the new Mainstage during my time. So our programming actually tripled. It became a very busy place.

What is it about OTC that has made you stay for over twenty years?

Definitely the growth. Because things are always changing. And also, having worked in many other different types of jobs, retail and theatre, it’s a unique place as far as our location which actually enables us to have more of a campus feel to it. And you get to know a lot of the different moving parts of the theatre, more than you would in other places. You get to really meet everybody that works on the productions and I like that.

What is your favorite memory from the last 20 years here?

[gasp] Favorite memory… wow… so many… [one minute of silence as he ponders] There’s really so many that I can’t even choose.

Okay, how about one memory you think is worth sharing?

The adding of the new Mainstage was huge. And I also feel like having Jason and Debbie’s new leadership has revitalized a lot and took us to a new level from where we were before. Where we were before was great. They have come on and kind of moved us further as far as our reach and ambition.

What is your favorite part of your job?

Actually talking to people, because I’m a people person and being able to talk to someone… not only to resolve their ticketing issues or anything like that, but just to talk to them as people, because we meet people from all walks of life. And everybody, if you’re there to listen, they wanna talk. And I learn a lot from just chatting with people and getting to know them.

Last question: a theatre with a history as rich as this one obviously has a few ghost stories, and I know you’ve experienced a lot of them. Can you tell us one?

We had a performance of Peter Pan, and while house managing, At the start of the show, I closed the curtains that lead you into the theatre and I looked to my left and I saw a leg go into the box office. And I could tell that the foot had on brown shoes with wing tips. I could see the brown shoe going in.

Immediately after the foot went in, I went into the box office behind them and it was only two people working, and both had shorts and sneakers. And I said “Did somebody just come in?” and they said no, so that was odd.

Then at the end of the show, actually the next day, the sound person told someone else that at the same performance that same night, at curtain call it looked like they saw somebody that had on brown suspenders, brown pants, and brown shoes get on the stage at curtain call and take a bow and exit stage left. And no one knew who it was. So we exchanged stories about it, and that was one we think was a ghost.

Okay, I lied before. Bonus question! What is one last thing you want the people reading this to know about you?

I never get tired of helping people have a theatre experience, from the time they buy their ticket until l the time they leave the performance, and then call back to talk about their experience. I’m always available to chat. Because it’s great to learn what people are thinking. 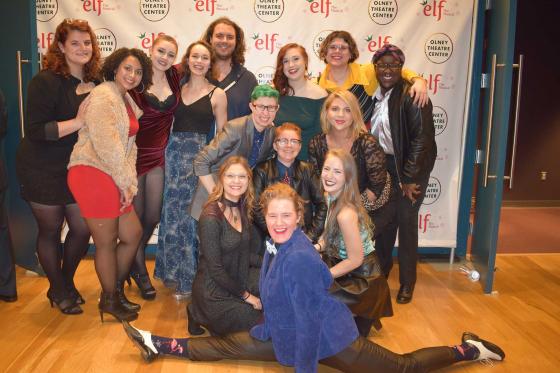 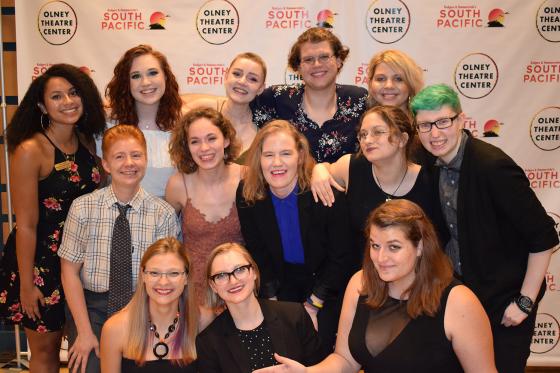