Liz Monasky is one of the ten artists to make up National Players Tour 71. However, her roles in Tour 71 happen off-stage and are brand new this year, and I thought it would be fun to get to know just what Liz is up to, and her preparations for going on tour!

What roles do you have with the National Players? Can you describe what tasks you do during the rehearsal process and performances?

I have two roles and they are both actually very new to National Players. I am the Stage Manager and Audio Engineer. This is the first year National Players have used microphones, and also the first year they have had a stage manager, so as the 10th member of the company I do not act at all. As the Stage Manager in rehearsals, I keep track of time to make sure we're staying on track and taking breaks when we need to, I take notes on staging and choreography, I help create schedules, and I distribute relevant information to the production team. During performances, my role as Stage Manager shifts a bit. I do still keep track of time, and distribute information, but in addition to that, I call the lighting cues for the shows. My role as Audio Engineer doesn't really come into play until tech rehearsals and performances. My focus is on making sure everyone who is speaking can be heard clearly.

What drew you to apply to be in Tour 71?

The season immediately caught my attention. Three stories centered around powerful, dynamic, engaging women. I loved seeing that kind of representation in a season, and when I did more research into the mission and goals of the National Players, I knew I needed to be a part of Tour 71. Every aspect of the company and the tour spoke to me.

Do you have a favorite moment thus far from either rehearsals, tech, performances, or daily life at OTC?

I think one of my favorite moments actually just occurred. We finished tech week for Walk Two Moons and As You Like It, and began rehearsals for the The Diary of Anne Frank. We sat down to begin a read-through of the script, and as a company all realized how comfortable and natural we felt and how funny it was compared to our first table-reads. At the beginning of this process when we were reading through our first two scripts, everyone was so nervous and hesitant around each other, and it was such a beautiful feeling to begin work on a new production amongst a group of people who have grown to love and care for and genuinely enjoy one another.

What are you most excited about when it comes to Touring?

I am most excited about meeting and working with young adults and teens who are interested in theatre. Around my sophomore year of college, I had decided I was done with theatre and that I would work in the concert industry. But during my senior year, a professional touring theatre company came through my university and I had the opportunity to act as an electrician for the shows they were putting on there. My passion for theatre was instantly reignited. I saw how beautiful and powerful professional theatre could be and I knew this was what I needed to do with my life. If I have the chance to pay it forward and reignite that spark in even just one person, I know that this will have been a successful tour.

Are there any states or locations you are looking forward to going to?

All of them! I truly cannot wait to see more of America, and enjoy the culture and food in each location. But if I had to pick one, I would say Florida. I've never been to Disney World, and I think we're going to try to make it out there on one of our days off in Florida. 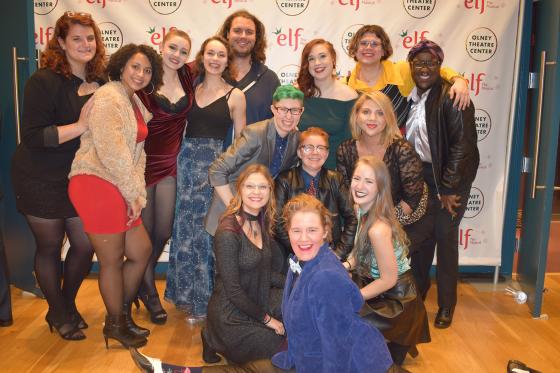 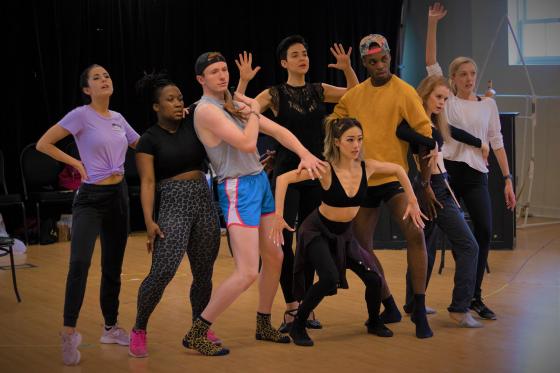