Hello dear reader, and welcome to Dramaturgy Field Notes. If you’re interested in learning more about the dramaturgical process or getting a behind-the-scenes peek into how A.D. 16 came to be, you’re in the right place.

The topic of today’s field note is queries (and cheese, but I’ll get to that later). People jokingly refer to dramaturgs as the people in the rehearsal room with all the answers, but it’s actually quite the opposite. Sometimes being a dramaturg is like being a kid who just learned the word “why” and won’t stop asking it. Questions propel the creative team to think through the story from different angles. When working on a new musical, one where characters are still being shaped, those questions can help hone in on the story that the writers are most interested in telling.

Let’s get to the first question, the one I asked myself when I first read the A.D. 16 script. When working on a musical set a little over 2000 years ago, sometimes the first step is just asking yourself: What was life really like back in 16 A.D.?

One of my duties as a Production Dramaturg is to prepare a packet of research and information regarding the show for the cast and creatives. Going into this process, I knew the given circumstances of these character’s reality are wildly different from contemporary life. So, I started my research by thinking about the big picture. I read about geography, the political makeup of first century Galilee, and class structures at the time. The logistical questions about terrain led me to learn more about the trades of first-century people. The political makeup of the time period helped solidify the importance of rule-following and the ins and outs of taxes. Research surrounding class led me to learn about the value of honor embedded in this culture.

Every dramaturg’s process is different, but for me, I like to start with big questions like: What does it mean to be alive right now?

The research packet for A.D. 16 wasn’t just full of helpful information about first-century life, but also included other helpful tools, like a large glossary for every biblical reference or joke in the show. Additionally, there was information provided about restrictions placed on women in Biblical times, details about different characters in our show, and so much more!

Now, when putting on an R&B musical that posits what Jesus and Mary Magdalene were like as teenagers: How important is it to be historically accurate? That’s a complicated question that I would love to answer!

Historical accuracy as it relates to dramaturgy is not as cut and dry as one might think. While it is in my job description as the dramaturg to research the context and setting of a story, a common misconception of this role is that we’re here to point the finger when things are inaccurate. While it’s not out of the realm of possibility for a dramaturg to “um, actually…” a line or a prop, my greater purpose is to serve the story by looking to bring clarity to every moment. My job in the room was to listen for questions.

The goal of the A.D. 16 team was not to create an exact replica of first century living. After all, R&B did not exist in 16 A.D. However, we always wanted to start with the facts of history, and then decide when to break from the mold. The question was usually some variation of: What would _______ be in 16 A.D.?

That blank would be filled with things like cheese, shoes, “ye olde” crossfit equipment, and status symbols of the time period. You might find  Bekah Brunstetter, the book writer, and I huddled in the corner of a rehearsal room and wondering: Was there cheese in the first-century? What trades would a displaced fisherman try to take on after moving to a new town? Did they wear shoes? In the middle of staging a scene, Director Stephen Brackett might turn around to ask: How long would it have taken to walk from Magdala to Nazareth? As a dramaturg, your favorite phrase becomes: “I don’t know, but I’ll find out!”

After rehearsals are over, the hunt begins! I would head back down the rabbit hole, chasing after miniscule day-to-day details and bringing them back to the rehearsal room the next day to deepen our understanding of life in this century’s young small town. Some details delighted us: yes, there was cheese in the first century! Labaneh, to be specific, a tart yogurt-like cheese made from sheep’s milk. Other facts deepened our understanding of the central themes in the story. For instance, the reality of the ancient patriarchal system led to blocking choices where women literally make space for the men onstage.

Of course, there wasn’t always a clear answer for every question. This is a time period that was tricky to research, due to the fact that we don’t have an abundant amount of source material. Though I wish I could have found the diary of a first-century sixteen year old, at times my responses were prefaced with more “maybes” than definitive statements. And that’s okay! When it comes to a musical that’s based on a very big question, and one we’ll never know the answer to, sometimes maybe is all you need.

What if a teenage Mary Magdalene had a crush on a teenage Jesus?

You’ll have to come see A.D. 16 to find out how we answered that one. 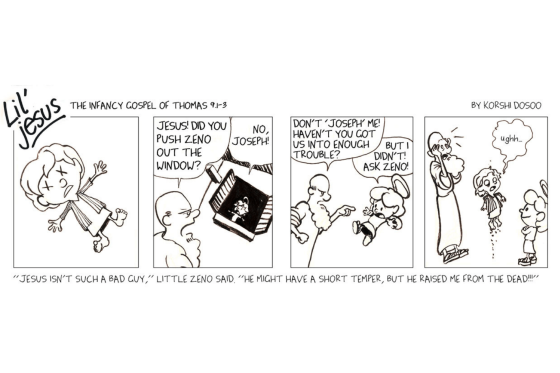 If the words “fan fiction” don’t immediately conjure memories of obsessing over your favorite, possibly... 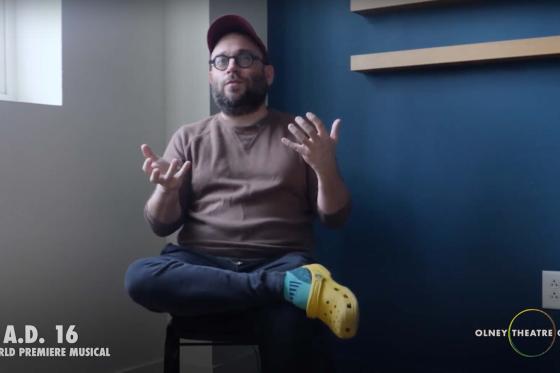