Berlin in the 1920s: A Dramaturgical look at Cabaret

Economic instability and social unrest following World War I gave way to a culture of escapism and decadence in Weimar Berlin. Though previously Berlin had not made much of a name for itself on the global stage, the Golden Twenties turned Berlin into the third largest city in the world, with a population of over 4 million. The 20s were a time of rich culture and sophisticated developments in art, architecture, music, fashion, and particularly film and live entertainment. Popular personas of the time included Marlene Dietrich and Lotte Lenya. The city became a haven for many writers and artists, thrill seekers who were drawn to the magnetic, taboo atmosphere— particularly of Berlin’s nightlife.

Despite the culture of decadence in the newly cosmopolitan Berlin, most of the population still faced poverty and unemployment in the aftermath of WWI. Prostitution rose as a means of survival for both women and men. In the 20s, this was normalized to a point where the German army granted approval to it soldiers to attend certain brothels, and even rationed coupon books for sexual services at establishments that had been inspected and cleared of sexually transmitted infections like syphilis and gonorrhea. Drug trafficking and the black market played a huge role in Berlin’s underground economy. Cocaine, heroin, and tranquilizers were easily accessible at the time.

Berlin Cabarets of the 1920’s were of a different variety than the ones that would later arise in the early 1930’s in response to the Depression, growing Nazi influence and social unrest. The twenties featured kick-lines of beautiful women who were shining with exuberance and personality: “Their faces were made up with an optimism that nipped all resistance to economic development in the bud, and the little cries of pleasure, issued in a precisely calculated rhythm, gave ever renewed praise to the splendors of existence in just such circumstances story ... exploiting with unflagging zeal the very boom they themselves were representing.” (Anton Kaes, Martin Jay, and Edward Dimendberg, The Weimar Republic Source Book)

After the Great Depression struck, the tone of Cabarets shifted significantly. Despite their well rehearsed smiles, performers began to represent deterioration and frenzy as opposed to blasé luxury: “Their smiles are those of a mark; their confidence a leftover from better days; their precision a mockery of the difficulties in which the very powers they call to mind now find themselves. Though they might continue to snake and wave as if nothing happened--the crisis to which so many factories have fallen victim has also silently liquidated this machinery of girls.” (ibid.) The dancers became more brash and provocative. Large theatres were censored by Nazis for content (both immoral and libelous), whereas nightclub stages and small cabarets maintained their erotic and subversive atmosphere and slid under the radar for a slightly longer period of time. (Lisa Appignanesi, The Cabaret)

Berlin has a long and substantial history of queer culture. It was considered, from 1920s until the rise of the Nazi party, to be the gay capital of the European continent. Berlin’s status as a site of prominent cultural production was at odds with formal law; homosexuality was illegal in Germany from 1871 all the way until 1994 under the Strafgesetzbuch, or German penal code. The provision Paragraph 175 outlawed homosexual acts between men (as well as prostitution, bestiality, and underage sexual abuse). It was made more draconian during Hitler’s rein.

The burgeoning gay scene was the result of relatively tolerant policing policy that began in the late 19th century. Leopold von Meerscheidt-Hullessem, Berlin’s police commissioner in the 1880s, identified that the law was functionally unenforceable. The only way to convict someone was if they confessed, if it was a reported act of nonconsensual sexual violence, or if there was a witness who could testify in court. Rather than prioritize convictions, the police shifted their strategy to surveilling suspected individuals. The police tolerated a variety of gay public spaces—bars, cafés, and even gender non-conforming balls. Because Berliners were not penalized for frequenting these spaces a large and fairly open community emerged, one that did not exist in other European cities.

Gay culture in 1920s and early 1930s Berlin is most often, and fairly, associated with cabaret culture. A number of cabaret queens, both from Germany and abroad, were gay. One example is Claire Waldoff. Waldoff was not from Berlin, but moved there before World War I and earned a reputation as a review singer. She recorded the song “There’s Only One Berlin” in 1932, and it was banned by the Nazi Party in 1933 for its political content. However, it was so well known at the time that most people who lived in the city that year would have been familiar with it. Waldoff was a well-known lesbian; she lived with her partner, and owned a gay-lesbian salon. Although she socialized with many straight club owners and cabaret performers as well, her relationship with another woman was known and accepted.

The liberal attitudes in Berlin were partially the result of advocacy pioneered by Magnus Hirschfeld. Hirschfeld was a German physician who advocated for gay and transgender rights decades before the timeline of Cabaret, and his work and revolutionized German thought about homosexuality. The Wissenschaftlich-humanitäres Komitee, or WhK (“The Scientific-Humanitarian Committee”) was founded by Hirschfeld in 1897. The mission of the WhK was to advocate for the decriminalization and social recognition of gay and transgender people. At its height, the WhK had roughly 500 members and branches in 25 cities across three countries. Hirschfeld went on to found the Institut für Sexualwissenschaft (“Institute for Sexology”) in 1918 under the more liberal Weimar Republic. The institute advocated for widely available contraception, the treatment of sexually transmitted diseases, women’s emancipation, and sex education. Hirschfeld coined the term “transsexualism”—while terminology has since evolved, it was an important beginning to the discussion of gender nonconformity and medical gender transition—and some of the institute staff were themselves transgender. The institute offered endocrinological and surgical services, including the first modern sexual reassignment surgeries. Hirschfeld also strongly advocated against the arrest of crossdressers, especially those involved in sex work. Documentation of much of Hirschfeld’s would be destroyed in Nazi book burnings, which included the Institute archives.

Outside of cabarets, there was also a sizeable gay literary culture. The 1920s and early 1930s, there were at least 25 different gay German periodicals. These publications were sold alongside other standard papers. They provided community news, listed events, and even listed personal advertisements. 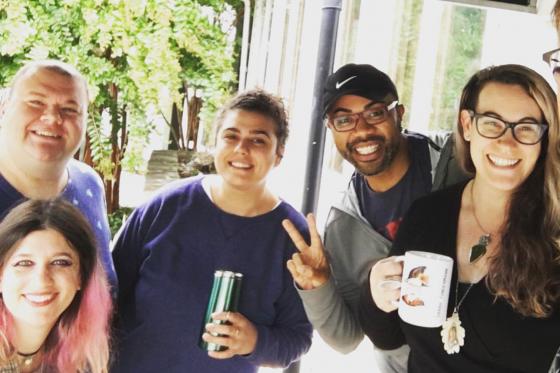 Hannah Ensign, our Education Apprentice, sat down with director Raymond Caldwell for an inside scoop 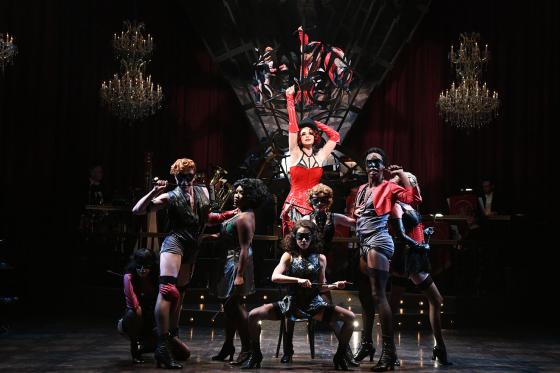 Behind-the-Scenes with the Creative Team of Cabaret

Whenever you come see a show in our Mainstage, you can watch the dramaturgy video for that...