Behind Singin' in the Rain: Interview with Rhett Guter (Don Lockwood)

Rhett Guter has dazzled and delighted audiences in three productions here at OTC. He has starred as the beloved Bert in Mary Poppins, Gabey in the 2018 production of On The Town, and is currently dancing in the rain as Don Lockwood in this year’s holiday musical, Singin’ in the Rain. This nostalgic musical includes elaborate dance numbers which require hard-work and stamina. I was able to chat with Rhett about his preparation for this production as well as his connection to Singin’ in the Rain.

1. This role requires having to do major dance numbers. How do you maintain that stamina throughout the rehearsal and performance process?

Honestly I just had to jump head first into it and condition my body for it. Even through the rehearsal process, I continued to go to the gym and do extra cardio so I could be as ready as possible. I also started taking extra dance classes in NYC the week leading up to rehearsal beginning! It's still a doozy though!

2. What/when was your first introduction to Singin' in the Rain? Was it the movie or the stage production?

They showed the film in a class at my high school and I was enthralled. A few years later, the stage version became my first professional credit. I was in the ensemble and played one of the assistant directors in the filming sequences.

3. What is the most challenging aspect of this role?

The stamina and remembering to breathe through it all is the most challenging part of this show.

I was a bit late to the game. I think I took my first tap class when I was 15 years old. Then, Ballet and Jazz followed shortly after that.

5. Do you have a favorite/memorable moment or scene within the show that you can share with us?

I love that as Don I have scenes with many different characters/actors. I look forward to all of the interactions for different reasons. And of course, what could be better than singin' and dancin' in the rain???

6. What is something you love about this musical?

To me, this musical is a big exploration of joy: finding it, sharing it, and reveling in it. Doing it during the holidays is just an extra treat! 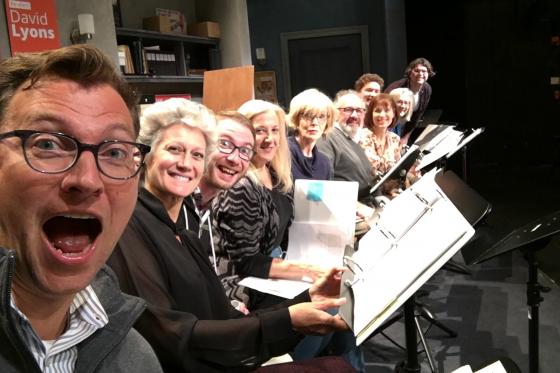 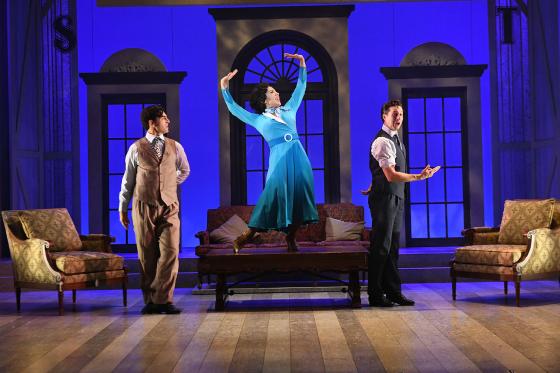 Singin' in the Rain: Cast Interviews

A video of the cast of Singin' in the Rain discussing the process and magic...